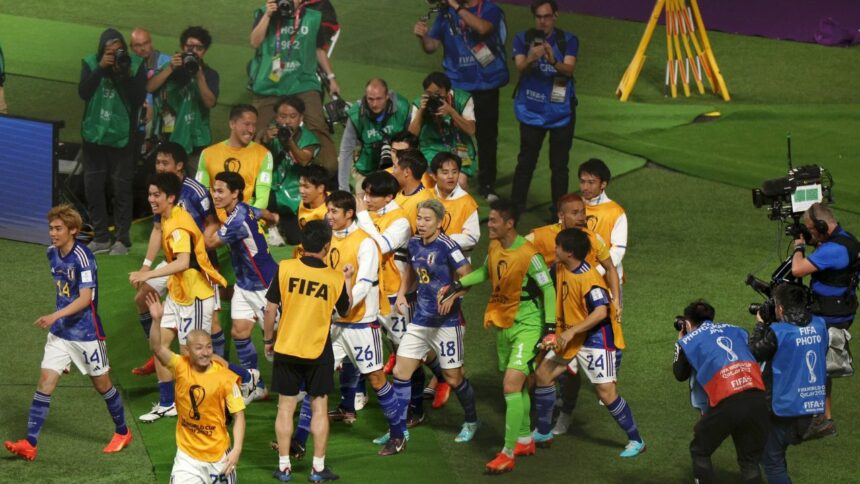 The Group E opener saw another upset of the world cup with Japan winning the fixture against Germany after an inspired second half comeback. The match saw a similar pattern to that of Argentina v Saudi Arabia where a second half goals sealed the tie for the Asian country.

Click here to watch the highlights of Germany v Japan.

Hansi Flick chose to play Havertz up front as false 9 and went with a 4-2-3-1 formation. Muller, Gnabry and Musiala formed the attack behind the striker. Joshua Kimmich and Ikay Gundogan formed the midfield pair. The backline consisted of Sule, Rudiger, Schlotterbeck and Raum. Manuel Neuer took charge between the posts.

Japan also fielded a side with 4-2-3-1 formation with Maeda up front supported by Kubo, Kamada and Ito. Tanaka and Endo formed a two man midfield. The back 4 consisted of Nagatomo, Yoshida, Itakura and Sakai. Gonda started as Japan’s custodian at posts.

First half : Germany take the lead

The first half saw Germany dominating on the ball with 81% possession. Flick’s side was looking to go for long range shots. Germany escaped from early Japanese threat as Maeda scored a goal from offside position. Shuichi Gonda committed a cynical foul which saw David Raum go down inside the box. The Germans were awarded with a penalty and Ikay Gundogan converted from the spot. Japan couldn’t really trouble German defense in the first half. Havertz scored a goal at the end of first half and it was ruled out as offside.

Moriyasu replaced Kubo with Arsenal full back Tomiyasu at the half time for the Samurai Blue. Japan matched Germany in the second half by generating more goal scoring chances. Japan got it all right with their substitutions by bringing in Takuma Asano for Daizen Maeda and Ritsu Doan for Tanaka. Doan was brought in at the 71st minute and in 4 minutes he scored the equaliser by smashing a rebound ball past Manuel Neuer. Japan clinched the fixture at the 83rd minute when Itakura’s long ball was brilliantly controlled by Asano and scored from the tightest of angles in the near post. Japan recorded their first ever victory against Germany and have positioned themselves in a comfortable position in Group E. 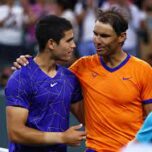 Carlos Alcaraz becomes youngest No. 1 in men’s tennis
Next Article