The world awaits for the clash of the arch rivals India and Pakistan on Sunday in the second match of Asia Cup. All eyes are on Virat Kohli as Asia cup is a crucial tournament for king Kohli and he would like to deliver the with the bat in hand.

Kohli spoke on his poor run of form and the mental pressure that he has undergone over the last few months. He was rested for the tour of West Indies and Zimbabwe. He last played for India in the ODI series against England in July.

Virat Kohli said, ” It is the first time in 10 years that I haven’t touched my bat for a month.”

He got emotional over the long absence and said he was fatigued and had to accept his mental, emotional, and physical limits.

The 33-year-old Virat admits that this period has taught him a lot. He was mentally drained.

“Faking to be strong is far worse than admitting to be weak.”

He said that he was not shy about admitting that he was feeling mentally down and that this is a normal thing to feel and we don’t speak because we are hesitant and don’t want to be looked at as mentally weak.

And the cricketer says, “Trust me, faking to be strong is far worse than admitting to being weak.”

For the first time in 10 years, I didn’t touch my bat for a month. I came to realize recently that I was trying to fake my intensity a bit.

I was convincing myself that no, you had the intensity. But your body was telling you to stop. The mind was telling me to take a break and step back, “Virat Kohli said in a video by Star Sports.

The last year hasn’t been easy for the ferocious batter Kohli and has been mostly the dry year of his 10-year cricket career. He hasn’t scored any centuries in the past two years, and fans are eager to see their cricket legend bat with ferocity.

India’s great batter, Virat Kohli, is going to be back in action at the Asia Cup 2022, where the match starts with playing against rivals Pakistan on August 28(Sunday).

Read More: Being this man’s trusted deputy was the most enjoyable and exciting period in my career – Virat Kohli 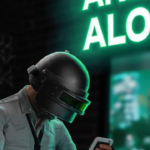 The ban on BGMI will expire soon: “The game will be back sooner than you expect.”
Next Article 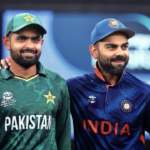