Bangladesh will take on Zimbabwe in the 28th match of the ongoing T20 World Cup in Brisbane on Sunday. The match will begin at 8.30 AM IST.

After sharing points with South Africa in a rain-affected game, Zimbabwe knocked over Pakistan by one run in a famous victory in their second Super 12 encounter.

Although their batting crumbled after getting off too a good start, they managed to crawl their way to 130. Sikandar Raza had a rare off day with the bat against Pakistan, but he compensated for it with the ball, scalping three crucial wickets.

Bangladesh have not been up to the mark in this World Cup so far. After managing a narrow win against the Netherlands, they got hammered by South African and lost by a whopping 104-run margin.

Skipper Shakib Al Hasan, has been due with the bat, he has scored just eight runs in two outings. In addition, the experienced trio of Afif Hossain, Najmul Hossain Shanto and Litton Das must convert the starts into something substantial. Bangladesh’s bowling has been outstanding though out the tournament.

Their bowlers did a great job in the first match but failed to replicate the same level of success against South Africa.

Gabba has a capacity of 42000 spectators. The two ends at The Gabba are known as the Stanley Street End, and the Vulture Street End. The stadium hosts multiple sports. The pitch here is a balanced one, the batters need to get their eye in before going for the attacking shots, the fast bowlers tend to get lots of lateral movement early on and the spinners usually play a crucial role in the middle overs.

Both teams have clashed in 19 T20Is of which Bangladesh have won twelve and Zimbabwe have won seven encounters. However, this will be their first-ever meeting in a T20 World Cup.

Zimbabwe are high on confidence and will start as favourites. 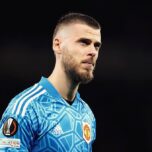