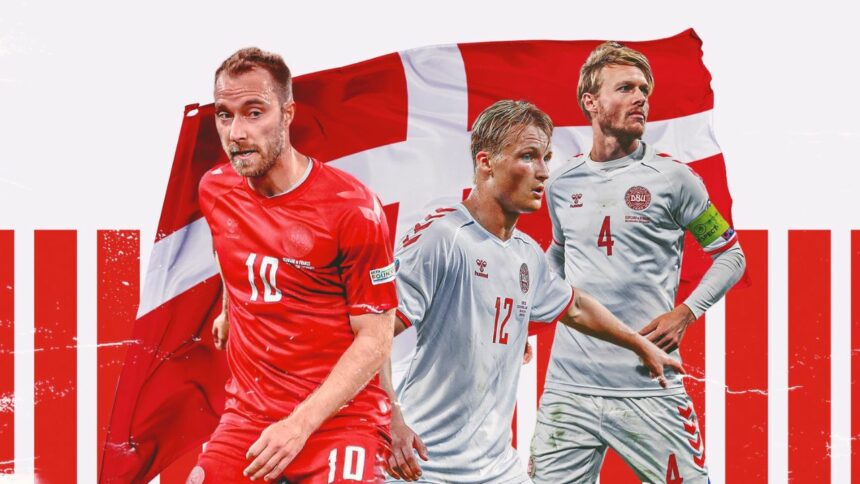 The Semifinalists of European Championship in 2021, Denmark are here to win the World Cup said Denmark’s head coach Kasper Hjulmand on Monday. Denmark kick off their world cup campaign against Tunisia in a group D encounter.

Denmark paved their way to the semi finals of the European Championship after losing their opening match . The game where the Christian Eriksen suffered a cardiac arrest and collapsed on the pitch. Despite losing their talisman Eriksen in the opening match Denmark fought hard and reached the final four.

The Danes are coming off two wins over their rivals France in the Nations League and a competitive qualifying campaign ahead of FIFA World Cup arrival. They are the inform team heading into the tournament and are confident enough that they can win the tournament.

“Our dream is to win something. So when you go into a tournament this group of players has the quality to win, and I mean to win everything,” said Hjulmand ahead of Tuesday clash against Tunisia at the Education City Stadium.

Denmark’s aim will be to top the group and they need to tussle against defending World Champions France. They are likely to play against Argentina in the second round of the tournament.

The Danes are lined up to face Australia in group D, with their star player Christian Eriksen back in the mix and looks in top form Denmark can defeat any team on their day.  “Are we favourites? No… but we can beat everyone on the day and we have a very strong self-confidence,” added Hjulmand.

“We have a very good group of players working together and the best way of winning everything is to dream big.” Hjulmand further said.

Denmark is placed in group D alongside France, Tunisia and Australia. They start their world cup campaign against Tunisia on Nov 22 at the Education City Stadium.