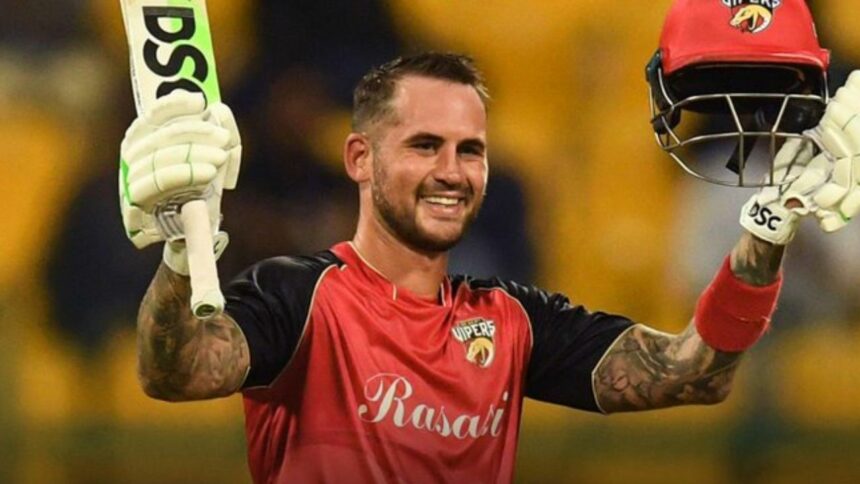 Desert Vipers, through a fine display of intelligent bowling, had also restricted MI Emirates to 169 for 5 despite half centuries from Kieron Pollard and Nicholas Pooran.

Desert Vipers had won the toss and elected to bowl. UAE players Muhammad Waseem and Vriitya Aravind opened the innings for MI Emirates. Gus Atkinson clean bowled Aravind on 3 with the last ball of the second over through an in-dipper. With the first ball of the third over, Sheldon Cottrell forced Waseem to edge to wicketkeeper Sam Billings for 5. With both the openers back in the dug-out for just 10 runs, Andre Fletcher and Nicholas Pooran began the rescue act. From the first five overs, MI Emirates could score only 24 runs.

Fletcher and Pooran managed to keep the scoreboard moving only through singles and doubles rather than boundaries. They added 43 runs in six overs when Wanindu Hasaranga at backward point got Fletcher run out through a direct hit for 21. At the half way mark, MI Emirates reached 65 for 3.

Pooran hit Hasaranga for a six over long-on in the 11th over. Cottrell was re-introduced for the 12th over but he failed to break the partnership. Mateesha Pathirana bowled a tight 13th over giving away just six runs. Rohan Mustafa too bowled brilliantly give away just nine runs from his two overs. MI Emirates thus posted 109 in 15 overs.

Tom Curran yorked Pooran for 57 with the fifth ball of the last over and also got Najibullah Zadran caught by Alex Hales at long on with the next ball.  In the final five overs, MI Emirates added 60 runs for a total of 169 for 5 in 10 overs.

Chasing a run rate of 8.45. Desert Vipers began shakily losing their opener Rohan Mustafa to the third ball of the first over from Trent Boult. Mustafa on 1, wanting to hit Boult over the covers, got a top edge and was caught by Pooran, running back from covers.

Brad Wheal was punished for 16 runs in the second over with Hales hitting a boundary and skipper Colin Munro cracking a six and a boundary off successive deliveries. Munro also flicked Boult for a six in the third over. The score went past the 50-run mark in the sixth over.

Munro hit Samit Patel’s first delivery for a six over long on. He tried for another six off the next ball but Pollard, leaping high at long-on, pulled off a brilliant catch. Munro hit 41 runs, and along with Hales the pair put on 72 runs in 41 deliveries. Next man Sam Billing fell to the fifth ball from Patel, top edging to Waseem at extra cover.

Sherfane Rutherford joined Hales and went for his shots. He lifted Patel for two consecutive sixes in the 10th over. At the half way mark, Desert Vipers were strongly placed at 101 for 3 needing another 69 runs to win. Hales and Rutherford took their team to the target with 21 balls to spare.

Speaking about their performance Desert Vipers’ Sherfane Rutherford said, “I want to keep things simple and just watch the ball. I was just trying to react to the ball. The key was just to use the pace and that worked for me.”

Meanwhile, MI Emirates’ Trent Boult said, “It becomes easier to bat on in the second innings here. I thought they played extremely well. They timed their innings quite nicely. That’s a luxury when you’re chasing 170.”