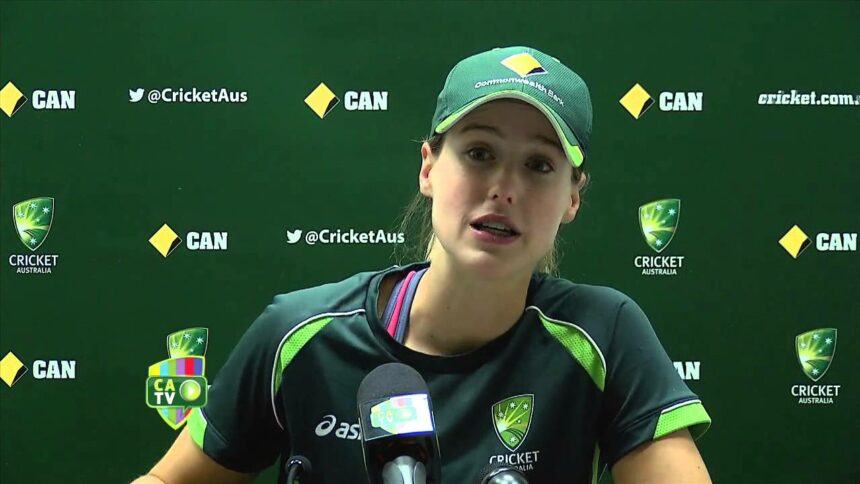 Ellyse Perry recently shared her views on the Deepti Sharma run-out incident that has been the biggest talking point in the cricketing world over the past week.

In the Sunday game at Lord’s, Deepti ran out (Mankad) Charlie Dean at the non-striker’s end for backing up.

Dean’s was the last wicket to fall as England fell 16 runs short of the 170-run target.

Ellyse Perry dislikes the Mankad but added if it had to be done, it should be done against England.

“I think the overall gist is no good, don’t do it, but if you’re going to do it, do it to England,” Perry said on The Grade Cricketer podcast.

While the mode of dismissal is perfectly legal according to the cricketing laws, the incident led to a major controversy.

Many players are questioning Deepti and India’s tactics and saying she went against the ‘spirit of cricket’.

While England captain Heather Knight accused Deepti of “lying”, as she claimed the Indian star didn’t warn Dean, Perry praised Deepti’s personality but said it was against her nature.

The mode of dismissal has once again left the viewers divided.

Some are in favour of Deepti for going by the law.

But some are criticising the Indian for not respecting the Spirit of Cricket.

Perry signed off by saying, “It’s layered. I actually spent a good month with Deepti Sharma just recently in the UK at The Hundred, we were both involved with Birmingham Phoenix, and I can honestly tell you she is the sweetest human being on the planet. .

England’s Women’s cricket team will face Australia in Bristol as part of the Ashes 2023 matches announced by the England and Wales Cricket Board (ECB).

The women play their first out of three One Day Internationals against Australia, with the following two matches in Southampton and Taunton.

The winter’s Ashes down under saw the women win all formats except for the tests, something they hope to change this time around. Jofra Archer could return from injury in December.
Next Article