On the other hand, India finished on the first spot in Group 2. The Men in Blue won 4 out of their 5 encounters gathering 8 points.

The momentum was there with India right when the World Cup started as Virat Kohli took India past the finishing line in the battle between the arch-rivals Pakistan.

They eased past against Netherlands but lost to South Africa in their next game. They bounced back well with a hammering victory over Bangladesh. In their final group game, the Men in Blue tore apart Zimbabwe to guarantee a table-top finish.

England finished on the second spot in Group 1 (7 points), with 3 wins, 1 loss and 1 abandoned game due to bad weather.

England started the tournament with a convincing win over Afghanistan in a tricky run-chase. But then came one of the biggest upsets of the World Cup, where they lost against Ireland in a rain-affected match.

The situation turned into a nightmare when the match against their arch-rivals Australia, was called off due to rain at the MCG. England faced the in-form New Zealand side and steamrolled them gaining 2 important point.

They got through the finishing line with ease against Sri Lanka confirming their spot in the Semi-Finals with a good run rate.

The pitch is expected to provide decent support to both the batters and the bowlers. The spinner will play an important role in the middle overs. The team winning the toss might look to bowl first and chase down the target under lights, in the second innings.

Both teams are well-balanced and it’s hard to choose a winner. India will enter the game as the favourite.

Read More: Australia Announce Their Test Squad for The Series Against West Indies 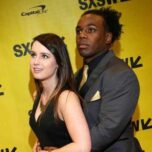 Who is Xavier Woods’ wife Jess Watson? Know Everything About Her
Next Article 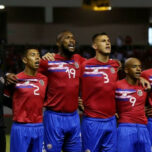