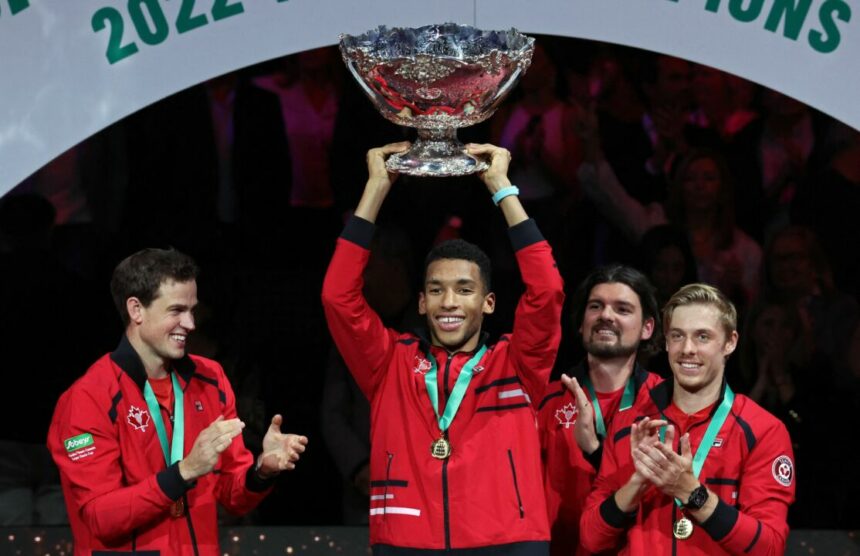 Canada won the Davis Cup for the first time by beating Australia in the final in Malaga.

Team Canada was appearing in only their second Davis Cup final ever.

In the opening singles rubber, Denis Shapovalov made up for his defeat in the semi-finals with a 6-2 6-4 win over Thanasi Kokkinakis.

Felix Auger-Aliassime, the world number six, then beat Alex de Minaur 6-3 6-4 to give his country an unassailable 2-0 lead.

“The emotions are tough to describe,” said Auger-Aliassime.

“All of us here – we’ve dreamed of this moment. It’s really a dream come true.” he added

Their first, in 2019, brought defeat by Rafael Nadal’s Spain but they got their hands on the World Cup of tennis on Sunday – 109 years after they first played the tournament – at the expense of 28-time champions Australia.

Dennis Shapovalov raced into a 4-0 lead against Kokkinakis before the Australian got a game on the board.

But after wrapping up the first set comfortably, Shapovalov broke early in the second to put his country on course for a historic win.

Auger-Aliassime faced a tougher challenge in world number 24 De Minaur and was forced to fend off three early break points in their singles rubber.

He finally got a break himself in the eighth game, and after sealing the first set with an ace, he defended two further break points before going on to clinch the title for Canada.

“We all developed as players individually; we got better and better over the years, We’re more ready for these types of moments but it’s never easy to pull through,” Auger-Aliassime added.

“To be here as world champions, I’m speechless. These guys are not kids any more. They’ve been crushing it. You can’t win this event without tremendous team chemistry, going forwards as one unit, and all these guys represent exactly that.” 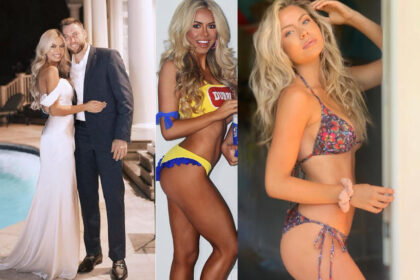 Who is Jack Sock’s Wife? Everything About Lauren Little