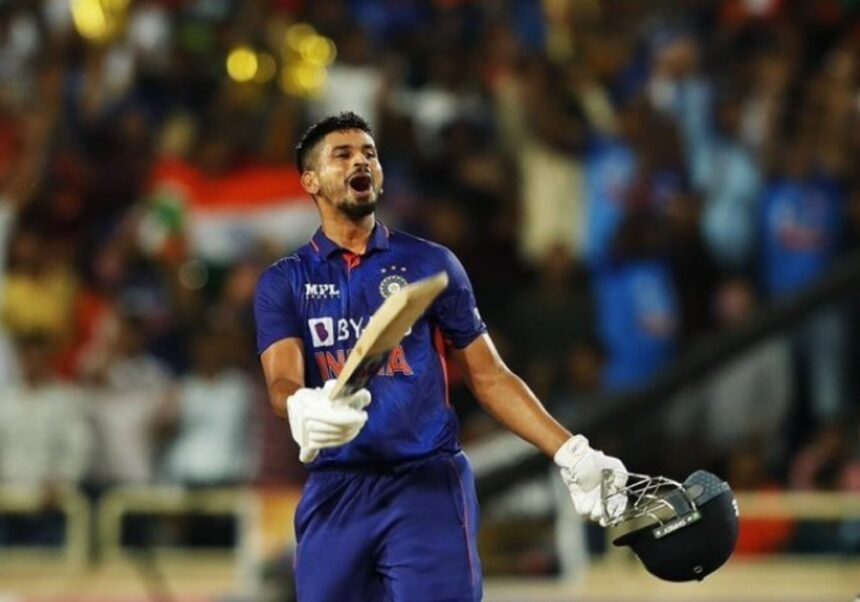 Recognising eleven cricketers for their efforts throughout the calendar year, ICC picked a playing XI led by Pakistan skipper Babar Azam. The two Indians featured in the list are Shreyas Iyer and Mohammed Siraj. The ICC recognised players who impressed with bat, ball or put up an all-round show in the ODI format of the game.

Pakistan skipper Azam, who has been at the top of the ICC Men’s ODI player rankings since July 2021, once again showed his prowess with the bat. In the nine matches that Babar has featured in the 28-year old Pakistan captain has scored 679 runs at a stellar average of 84.87. Azam, rightfully picked as the captain of the ODI team of the year, has scored three centuries.

Here’s a look at how the two Indians fared in this calendar year:

Shreyas Iyer found a place in the ICC Team of the year. In 2022, Shreyas Iyer was one of the most consistent batters for the Men in Blue in the ODI format. Iyer’s consistent run has seen him become a key player in the Indian middle-order if the 50-over format. Coming in at No. 4, Iyer hammered 724 runs from the 17 games he has played in the calendar year.

Scoring at an average of 55.69, Iyer hammered one century and six half-centuries in the past year. Iyer’s consistency and form has all but ensured a place for the batter in the Indian line-up for the upcoming ODI World Cup. With the ICC Men’s ODI World Cup set to get underway in India this year, Iyer’s consistent run will be important for the hosts.

Iyer was the only Indian batter to make it to ICC Men’s ODI Team of the Year.

Mohammed Siraj is the only Indian bowler to be named in the ICC Team of the year. Siraj is the other Indian to feature in the Babar Azam-led ICC ODI Team of the Year. The Indian pacer rose to the top with a prominent run in 2022. With India’s lead pacer Jasprit Bumrah side-lined with injury, Siraj became an integral part of the Indian pace attack. The 28-year-old became India’s go-to bowler, delivering both with the new ball and the old ball.