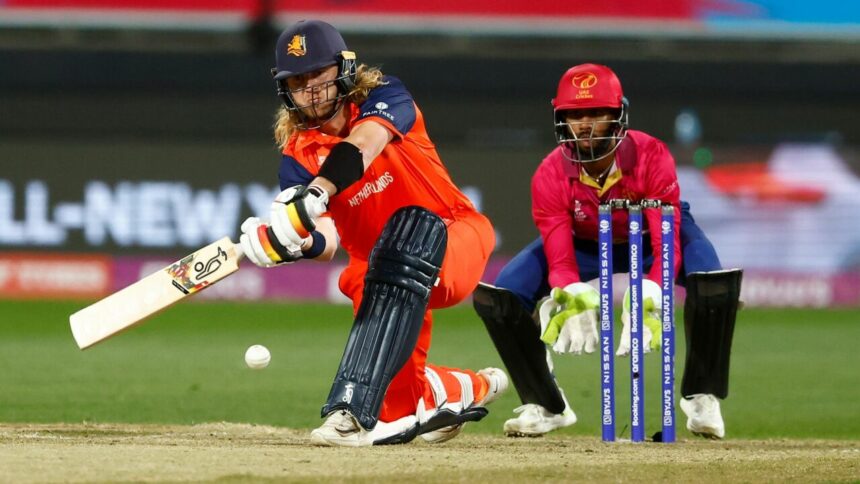 Netherlands are off to a great start as they edge past UAE in a final over thriller in the 2nd match of ICC Men’s T20 World Cup 2022 at Geelong on Sunday.

Earlier in the day UAE captain CP Rizwan won the toss and elected to bat first. The captain’s decision of batting first proved to be fatal in the outcome of the match.

UAE struggled to score against the good bowling attack of Netherlands. The conditions were not favourable for batting as the ball was gripping of the surface.

Netherlands restricted UAE to a below par score of 111/8 in 20 overs. Mohmmad Waseem was the top scorer for UAE. Waseem scored 41 runs in 47 balls.

Bas de Leede was the star with the ball for Netherlands. He picked up three crucial wickets finishing with figures of 3/19. Fred Klaasen picked up 2 wickets bowling at an economy of 3.25 in his 4 overs.

Bowlers bring back UAE in the game

Defending a target of 112 runs UAE bowlers were on spot with the ball in hand. Netherlands batsman struggled as the ball was gripping of the surface.

Netherlands batsman got of to good starts but none of them capitalized on their starts. Max O Dowd scored 23 runs, Bas de Leede scored 14 runs and Colin Ackerman scored 19 runs.

Netherlands looked comfortable until the 13 th over at 73/4. Junaid Siddique turned the game in UAE’s favour as he dismissed Tom Cooper and Roelof Van der Merwe back to back reducing Netherlands to 76/6.

Siddique was on que for another wicket in the over. UAE captain CP Rizwan dropped Scott Edwards catch at covers. The drop catch proved to be vital in the game.

Netherlands were in trouble needing 36 runs in 36 balls. Scott Edwards and Tim Pringle added 27 crucial runs to take the game deep into the last over.

Zahoor Khan dismissed Tom Pringle in the 19th over. Netherlands required 6 runs in 6 balls. Edwards and Logan Van Beek were calm under pressure scoring singles and Netherlands win the match by 3 wickets in 19.5 overs.

It was nervy until the end but just relieved that we got over the line. I think it was about making the most of the powerplay, we knew it was going to be tough through the middle and saw it throughout their innings. We lost too many wickets when we were about to get going.

It was just about being busy, play low risk, take it deep and then hopefully get away in the second last over, it didn’t happen like that but we ended up getting over the line. All the guys (bowlers) did their job. I am still struggling to process it (the win), but the main thing is relief, getting the tournament underway with a win is the most important thing.

It is definitely heartbreaking. We had given our heart and soul into it but if we had grabbed those chances, especially mine, it would have made the difference. It is not that easy to chase here, we saw the last match and Sri Lanka almost collasped before 100.

We told the boys it is never over till the last ball and we tried to instill that belief. They (Netherlands) kept their nerve and that was the difference. It was tricky (on when to bowl Junaid), you have to take wickets but also keep in mind we have (overs) in the end, we almost got it right. We should be happy with the effort.

I like bowling in those situations because I know the batters are going to come after me. I try to be one step ahead. We plan our death overs even before the game. It was nice to pull back the game a little bit. It got a little closer than what we were expecting. Obviously Freddie (Fred Klaassen) at the end also – outstanding. 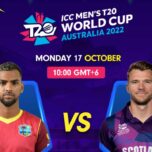