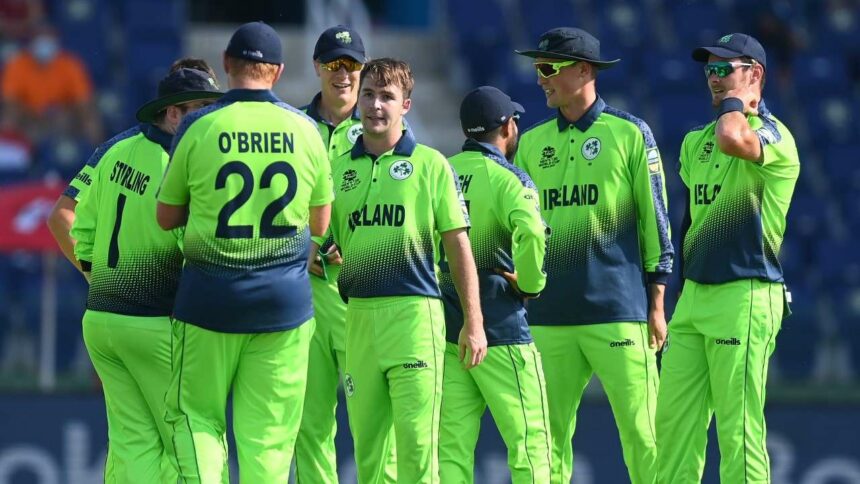 Ireland will be confident coming into the World Cup, led- by Andrew Balbirnie and some high-quality, consistent performers on the side too.

Paul Stirling, George Dockrell and Mark Adair are the players to watch out for, Craig Young was ruled out and replaced by Graham Hume.

The Irish put up a poor show at the 2021 tournament, never clicking into gear with the bat.

But there’s plenty of talent in the Ireland squad, and they have a strong chance of progressing to the Super 12 stage.

With more than 20 T20Is played this year, Ireland have had good preparation time, though the side has lost a dozen of those matches, with a record of just three wins in 12 matches against a full-member opposition.

Ireland must make the most of the Hobart conditions that should favour them over others.

If Ireland were to lose to Zimbabwe in their opener, Ireland would need to beat both Scotland and the West Indies to keep their Super 12 hopes alive.

Paul Stirling – A regular of Ireland’s side for 15 years, Stirling sits as the fifth-highest run scorer in men’s T20 internationals.

Stirling is one of six players to pass 3000 runs. No other Ireland player has crossed the 2000-mark as yet.

Still with his head and smart with footwork, Stirling has a knack for slashing square on the off-side, and an array of cross-bat shots against fast bowlers and opposition spinners.

His ability to play aggressive cricket in the Powerplay will be very decisive for Ireland in the upcoming World Cup.

Curtis Campher – A talented all-rounder who played the under-19 World Cup South Africa has settled well in the Irish unit, he can get the important run in the middle order and is very handy with the ball in hand.

The Australian conditions will suit his style of play and he will surely be one of the players to watch out in the Qualifiers.

Results in the last 10 games