Dwaine Pretorius has been ruled out of the ODIs against India and the upcoming ICC Men’s T20 World Cup in Australia.

A fracture on his left thumb has ruled Dwaine Pretorius out of the ODIs against India and the upcoming ICC Men’s T20 World Cup 2022.

Pretorius was the joint-highest wicket-taker for South Africa in the T20 World Cup last year, has been an integral part of the side in this format.

Marco Jansen has been added to South Africa’s ODI squad.

Jansen is also part of the three-man reserves list for the T20 World Cup, along with Andile Phehlukwayo and Bjorn Fortuin, and could be the likely replacement for Pretorius in that squad as well.

This is South Africa’s second injury concern ahead of the T20 World Cup after van der Dussen was ruled out with a broken finger.

Van der Dussen sustained the injury during the second Test against England in Manchester and is expected to return to fitness for the Tests against Australia in December.

Temba Bavuma will lead South Africa at the World Cup, despite of poor form.

CSA had confirmed that Bavuma would play as an opener, though his poor run at the T20I series in India could force a change of plans.

Alongside Bavuma, Andile Pheklukwayo did not find any takers as well, a trend that does not bode well for the South Africa squad for the T20 World Cup. The 5 opening pairs at the T20 World Cup
Next Article 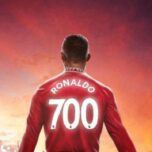