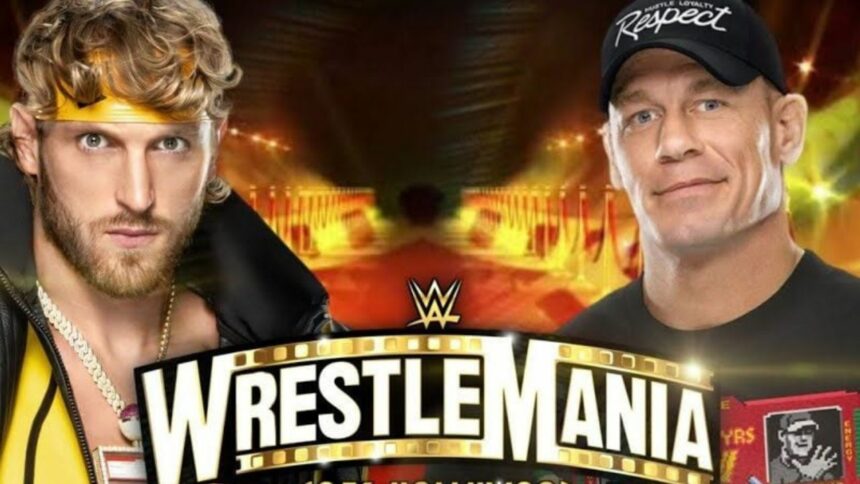 John Cena gave the WWE fans the moment they were all waiting for on the final episode of WWE on SmackDown battling against Roman Reigns and Sami Zayn in a tag team match. There are rumors that the 16 time world champion might face YouTube star Logan Paul at Hollywood in WrestleMania 39.

Logan Paul has a huge fanbase as a Youtuber. He made his professional wrestling debut at WrestleMania 38 battling alongside The Miz in a tag team match. Paul has had three blockbuster matches in 2022. Paul main evented the show in Saudi Arabia against the undisputed world heavyweight champion Roman Reigns.

Logan Paul put on a hell of a show in Saudi Arabia. He was appreciated for his in-ring work. The highlight of the match was him jumping off the top rope and landing an elbow on reigns with an elbow on the announce table. Paul injured his ACL and is out of action.

On his podcast Paul once said that him facing John Cena would be a dream match. He even had talks with Triple H regarding the marquee match.

John Cena even ignited some rumors of a potential match against Logan Paul at WrestleMania 39. The match would be an absolute blockbuster if it happens. Both men are great at their art in the ring.

Paul is set to be cleared medically for fit to compete ahead of WrestleMania 39. It’s interesting to see how WWE plans to start the feud between the two. The return date of Paul back in WWE hasn’t been announced yet. 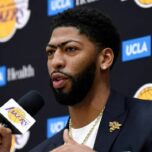 Anthony Davis opens up on the Lakers biggest struggles
Next Article