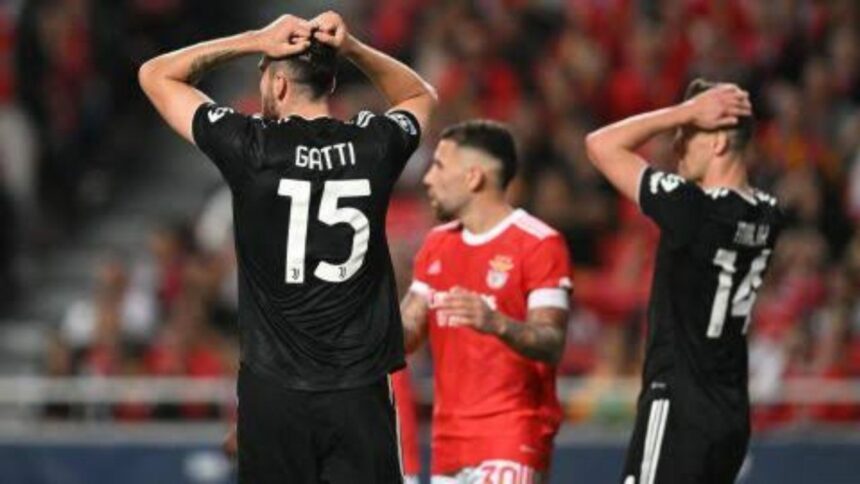 Juventus were knocked out of the Champions League in the group stage for the first time in nine years on Tuesday but Chelsea, Paris Saint-Germain, Benfica and Borussia Dortmund all secured qualification for the knockout stage with one group game to spare.

A 4-3 defeat away to Benfica in Portugal sealed the fate of a Juventus side who have been in decline in Europe for several seasons and have now lost four of their five matches in Group H.

Having already won when the sides met in Italy, Benfica went ahead in Lisbon when Antonio Silva headed in an Enzo Fernandez cross.

Moise Kean quickly equalised for Juve with a goal that was confirmed following a VAR review, but Joao Mario restored Benfica’s lead from the penalty spot and then set up Rafa Silva to make it 3-1 before half-time with a superb backheel flick.

The same player then got Benfica’s fourth early in the second half, and a Juventus fightback that produced goals by Arkadiusz Milik and Weston McKennie came too late.

Juventus had been knocked out in the last 16 in each of the last three seasons but they have not been eliminated from the Champions League in the group stage since 2013/14.

Having spent a mind-boggling fee to acquire Cristiano Ronaldo to end their wait for the UCL, the Serie A giants have only regressed since then, with the Turin-based club failing to make it out of their group for the first time since 2013.

Meanwhile, the critics are out now, and fans have brutally trolled Juventus for their disgraceful performances of late. 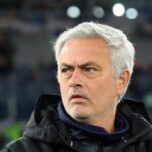