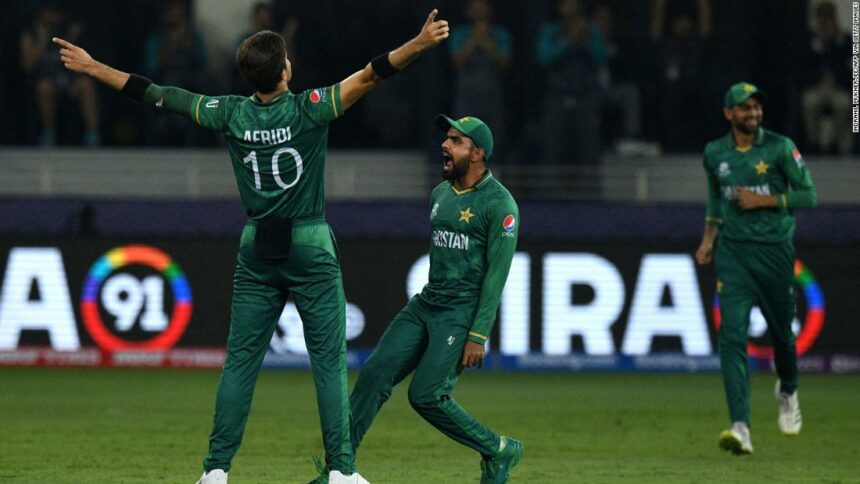 Bangladesh won the toss and opted to bat. Najmul Hossain Shanto and Litton Das too them off to a good start, they creamed a few boundaries but Litton was dismissed Shaheen Shah Afridi’s brilliance. Soumya Sarkar arrived at one down and glued a partnership of 52 runs for the 2nd wicket. They ticked the scorecard with excellent running between the wickets and occasional boundaries.

Shadab Khan broke the partnership and removed Shakib Al Hasan for a golden duck in the next ball as well. Though the decision was a controversial one and a bit unfair towards Shakib, Bangladesh was put on the back foot.

Shaheen returned back in the 16th over and dismantled the lower order of Bangladesh with some fantastic yorkers. Bangladesh batters struggled against Shaheen Afridi, who finished with the figures of 4-0-22-4. Shadab Khan picked a couple of wickets, and Iftikhar Ahmed and Haris Rauf scalped a wicket each.

Chasing a semi-final spot, Pakistan openers Mohammad Rizwan and Babar Azam gave the team a cautious yet solid start as they added 57 runs in 10.3 overs.

The pair were milking singles and punishing the bad balls away. Bangladesh was poor in the field today, An easy catch of Rizwan was dropped by the keeper in the very first over of the game.

Nasum Ahmed was reintroduced into the attack and dismissed Babar and Rizwan was taken care of by Ebadot Hossain in the very next over.

Pakistan looked in a spot of bother but Mohammad Haris came out with positive intent and was aggressive right from ball one, he played a blinder and took the team closer to the victory line but failed to finish the game.

Shan Masood and Shadab Khan got the runs they needed by nudging the ball around to complete the victory by 5 wickets. With this win, Pakistan books its spot in the Semi-Finals.

Babar Azam (Pakistan Captain): It’s a team game. Cricket is a funny game. Appreciate all my team the way they played all matches. Pitch wasn’t easy to bat on. Little bit two-paced. Me and Rizwan decided to go long, but unfortunately didn’t work out. Haris showed aggression, good to see him play. Looking forward to the semifinals. All of us are excited to play.

Shakib Al Hasan (Bangladesh Captain): At the halfway stage we were 70/1. Wanted to get somewhere around 145-150 – would’ve been a reasonable total on that pitch. Knew it was going to be difficult for the new batters so wanted set batters to carry through to the end which didn’t happen. In terms of results, this is the best performance we had in T20 World Cups. Could’ve done better. But having said that, with the new guys coming in, with the changes, this is the best we could expect. On my own performance – I could’ve done better. As long as I’m fit and performing, I’d love to play.

Shaheen Afridi (Player of the Match): I am improving day by day. Not easy to bowl at 140 after coming back from injury. We have played good cricket in the last few games. The team needed me to bowl well. We are looking forward to the final actually.

Read More: Occasions Where The Umpires Penalised The Team in The T20 World Cup 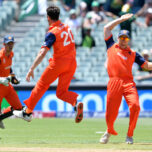