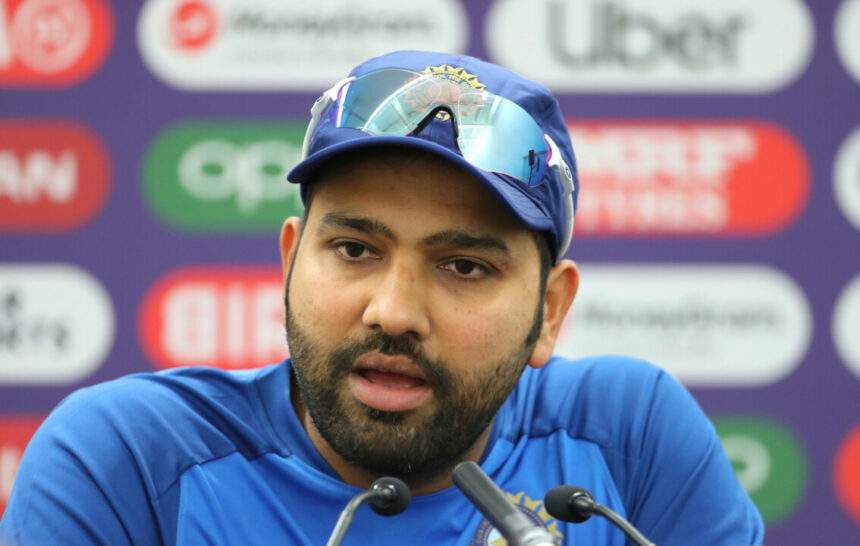 Indian captain Rohit Sharma has a lot of praise for Suryakumar Yadav ahead of the semi-final clash against England.

The Men in Blue will take on England in the semis on Thursday, 10th of November and India will be looking to book their place in the final of the showpiece event and go up against Pakistan in the T20 World Cup.

The Indian captain revealed that Suryakumar is the kind of player who does not carry any baggage in his style of play and past failures have no bearing on his performance.

Rohit Sharma also added the the Indian middle order star thrives under pressure and the sky is the limit for him if he continues to hone his talent.

Rohit said: “He is the sort of guy who doesn’t carry baggage. When it comes to handling extra pressure, he has it in him. He enjoys pressure. Sky is the limit for him. “

Suryakumar Yadav has been in magnificent form in the T20 World Cup 2022 so far.  He has scored 225 runs in five matches so far. His knocks against South Africa and Zimbabwe were exceptional and he will be a key player for India in the semis against England.

The 32 year old has shown that he can shoulder responsibility in the big games. When the Indian top order failed against South Africa, he took charge and propelled India to a respectable score. India will need him to play with similar intent in the remaining matches of the World Cup.

We are in the Adelaide Oval for the second semi-final, where India will lock horns with England. The winner will travel to MCG for the big finale as they will face Pakistan, who, after beating New Zealand in the first semi-final, are waiting for their opponents.

England finished in the second spot in Group 1, with 3 wins, 1 loss and 1 rain-abandoned game, gaining 7 points.

While they started the tournament with a bang by defeating Afghanistan in a tricky small run-chase. But then came one of the biggest upsets of the World Cup, where England faced a hiccup at the hands of their neighbours, Ireland, which, to be honest, was supported by the persistent drizzle at the historic ‘G’.

The scenario turned into a nightmare when the match against their Ashes rivals, Australia, was called off due to rain at the same venue, MCG.