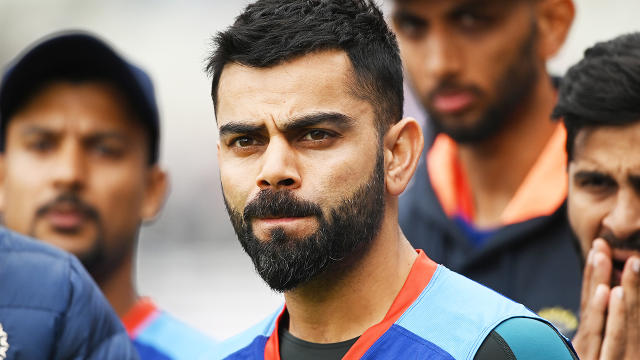 Team India’s loss in the Semi-Finals against England in the T20 World Cup 2022 has broken billions of hearts back home. The Men in Blue were dominated by Jos Buttler’s Team England in the second semi-final on Thursday.

Defending 168, the Indian bowlers failed to pick up a single wicket and were taken to the cleaners by English openers Butler and Alex Hales.

The duo added a record 170-run stand for the opening wicket and notched up a record as well at the Adelaide Oval.

Team India struggled in the batting department as well. They were 20 runs short of the par score even after Virat Kohli and Hardik Pandya struck half-centuries.

The positive that India can take from this ICC tournament is the batting performance of Kohli and Suryakumar Yadav. Both are among the highest run-getters, and Kohli is leading the charts with 296 runs in 6 matches at a scintillating average of 98.66.

The former India captain reacted on his social media accounts after the humiliating defeat against England and shared a picture with his teammates along with a caption: “We leave Australian shores short of achieving our dream and with disappointment in our hearts but we can take back a lot of memorable moments as a group and aim to get better from here on.”

“Thank you to all our fans who turned up in huge numbers throughout to support us in the stadiums. Always feel proud to wear this jersey and represent our country,” added Kohli.

Now, England will lock horns with Pakistan in the final of the T20 World Cup 2022 at the iconic Melbourne Cricket Ground (MCG) on Sunday, November 13. Who is Kim Marie Kessler? All About The Wife of Randy Orton
Next Article