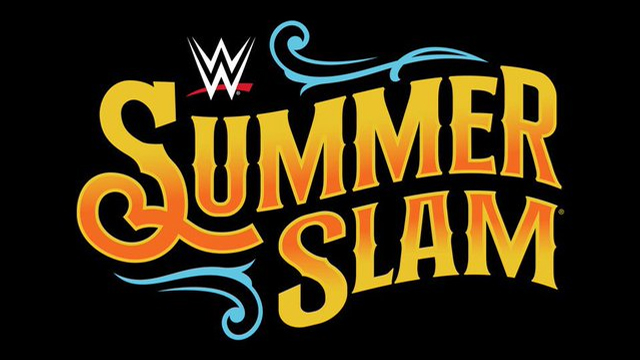 The fans of the WWE Universe gathered at Nissan Stadium in Nashville, Tennessee, on Saturday for WWE Summer Slam 2022, which took place over the course of the weekend. Check out the Summer Slam 2022 results. Early on, it was rumored that Roman Reigns and Brock Lesnar’s match would be the event’s highlight. Logan Paul turned out to be one of the evening’s biggest surprises.

Roman Reigns defeated Lesnar in a grueling Last Man Standing fight on Saturday night to win the big encounter between the two and keep the undisputed WWE Universal title. Fans called the bout thrilling since Lesnar brought a tractor to the ring and attacked Reigns during introductions by jumping from the tractor onto Reigns. WWE fans were pleased with the drama of the duo’s confrontation.

Becky Lynch was Summer Slam’s greatest winner alongside Roman Reigns. Lynch actually lost her bout to Bianca Belair, but she later switched sides and became the babyface. After the contest, she shook Belair’s hand to put an end to their 12-month feud. Lynch then came to Belair’s help after a returning Bayley and her new faction allies Io Shirai and Dakota Kai entered the ring. Over the past year, Becky Lynch has been overacted in her role as a heel and has had to face fans who want to support her. Lynch is one of the few WWE stars who get genuine admiration from the audience.

The final match between Brock Lesnar and Roman Reigns was a crazy spectacle befitting of their long-running feud. Reigns buried Lesnar beneath the commentator’s table and steel leaps to be the Last Man Standing and continue to maintain his WWE Universal Championship after an absolutely insane Last Man Standing match that saw a failure cash in by Theory, Paul Heyman F5 through a table, and the the whole ring being scooped up by a huge tractor.

After hearing Theory’s music, he sprinted to the ring and hit Reigns with the Money in the Bank briefcase. But Lesnar F5’d him on the briefcase before he could actually cash it in. The Usos then use two Superkicks to clock Lesnar, and Reigns follows with a huge Spear to get another nine counts. Reigns grabbed Theory’s briefcase and beat Lesnar for an additional nine rounds with it. Another 9 count was obtained when Reigns snatched the WWE Championship and struck Lesnar with it.

Reigns finally wins the Universal Championship and throws it at Lesnar. The Usos and the referee then pile the scraps from the announcer’s table and the steel stairs on top of Lesnar as the referee is still counting. Lesnar was buried beneath it all and was unable to contribute.

The best thing that can be said about this battle is that it was a fitting finale to what will undoubtedly be one of the most renowned WWE rivalries ever. Reigns and Lesnar have had a tremendous rivalry over the last seven years.

Ratings 4.5/5 – A solid match that showcased Belair and Lynch. Lynch had a noticeably more technical approach to her technique, countering Belair’s strength advantage with acrobatic wrestling moves. The last few minutes were terrific, and it worked.

The Miz was defeated by Logan Paul

The first three minutes of the game were only passably good. Logan Paul is a skilled pro wrestler and a good athlete, so it’s not surprising that he has great offence and superstar poise. The Miz isn’t the ideal opponent for Paul, which is the problem. Miz is capable of ensuring sure it didn’t end in a disaster, but not great enough to motivate Paul to give a spectacular bout, and it’s obvious that Paul wants a “great contest.” and the match was one of the highlights of Summer Slam 2022.

Ratings 3.5/5 – A fantastic match with one outstanding moment. This was a tonne of fun, especially if you like Logan Paul. It took too long if you’re not.

Liv Morgan was crushed by Ronda Rousey, yet she still walked out of Summer Slam 2022 as the SmackDown Women’s Champion. After a brief contest, Rousey successfully applied an arm bar to Morgan, but her shoulders were pinned to the mat. Morgan tapped out just before the official counted to three. However, the referee missed the tap and awarded the victory to Morgan.

Ratings 4.0/5 – This wasn’t particularly exciting back-and-forth match. Rousey now appears to be the murderer who should have been perceived as such from the beginning since it told a clear story. Liv Morgan, a babyface who only managed to retain the championship by accident, doesn’t earn much from it, but Rousey does, and that’s what matters most.

Bobby Lashley is still the US Champion

Austin Theory was defeated by Bobby Lashley to retain the US Championship. Austin Theory debuted to a lot of criticism, which is a testament to the work WWE put into turning him into a star.

Lashley attempted to strike with a spear, but Theory backed away. Theory attempted a second rolling dropkick, but Lashley grabbed him and gave him a military press lift. The Hurt Lock was then applied, and Theory tapped out right away.

First and foremost, the rules of Rey and Dominik Mysterio’s battle versus Finn Balor and Damian Priest were illogical. Both sides followed the tag rules and patiently waited on the apron to be tagged in despite the fact that it was a no disqualification tag team match. Despite having complete freedom to assist her team, Rhea Ripley walked aimlessly on the outside and only interfered once.

Edge, who founded the Judgement Day faction while losing to Balor, returned in this bout, which is why it was a no disqualification contest. Edge, who appeared demonic and sprang out of a stage on the aisle with flames shooting out to either side of him, made a theatrical entrance. He then sprinted into the ring and attacked Balor with a big Spear. 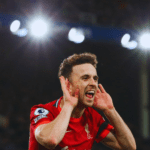 The ban on BGMI will expire soon: “The game will be back sooner than you expect.”

Did not touch bat for one month, realized recently I was trying to fake my intensity a bit – Virat Kohli

Top 10 strikers in the history of Indian Super League

Everything to know about Bess Katramados, Big Show’s Wife