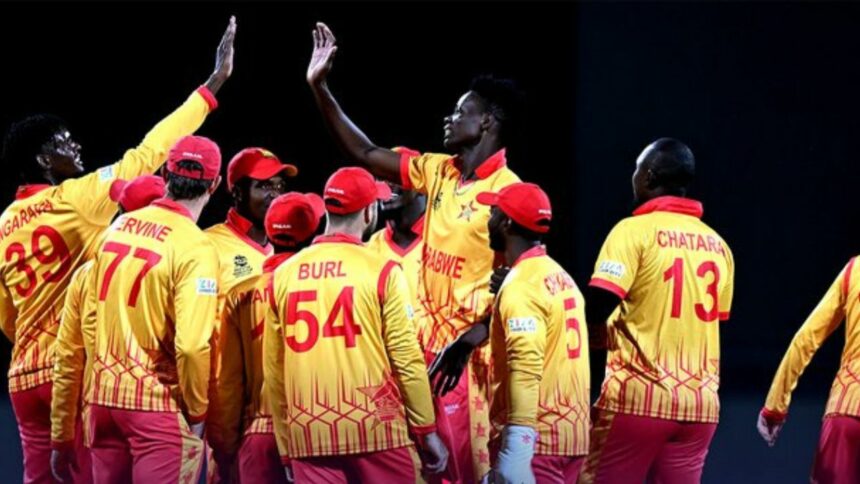 Here is how the the 4th match between Zimbabwe and Ireland of the ICC T20 World Cup panned out Ireland won the toss and opted to field first. Joshua Little made sure that the decision of his skipper didn’t go to avail as he dismissed Regis Chakabva on the second delivery of the match.

Wesley Madhevere and Craig Ervine did put in 37 runs for the second wicket. However, Little came back in the fifth over and ended Madhevere’s innings. Ireland lost a couple of quick wickets and were reduced to 79/4 at the drinks break. When all went down for Zimbabwe, it was Sikandar Raza who yet again lifted the side with his brilliance performance.

Raza to the moon!

We can reveal that this 6 from Sikandar Raza is one of the moments that could be featured in your @0xFanCraze Crictos of the Game packs from Zimbabwe vs Ireland.

Grab your pack from https://t.co/8TpUHbQQaa to own iconic moments from every game. pic.twitter.com/veJGtGm1ja

He smashed the bowlers all around the park, continuing his good 2022. He got a little support from Milton Shumba as the duo added 58 runs for the fifth wicket. At this stage, Ireland came back to pick a couple of wickets as they tried to hamper the innings.

But a decent few blows from Luke Jongwe and Raza himself, adding 33 runs for the seventh wicket, gets them to 175 in their allotted 20 overs. Raza (82 off 48) was cleaned up in the final delivery of the match, but he did the damage before his dismissal.

For Ireland, Joshua Little scalped three wickets, while Mark Adair and Simi Singh picked a couple of wickets each. Ireland had a similar start on the crease as the openers crumbled within single digits.

Curtis Campher scored a well-needed 27 (22) as he came in at number 5. George Dockrell and Gareth Delany both scored 24 off of 20 balls.

After Delany’s departure from the crease, the Irish batters failed to score any runs as the lineup kept crumbling. Richard Ngarava, Tendai Chatara and Blessing Muzarabani all played a strong hand at Ireland’s short lived stint at the crease. They scalped 2, 2 and 3 wickets, respectively.

Barry McCarthy tried to revive the chase as he scored 22 off 16 balls, but all his efforts went in vain as Zimbabwe drove the match to victory with ease and gets two points on the board.

We are ecstatic. To put up a performance like that first game, it shows that we do belong here. It’s a pity that it has been a long way since we have played a World Cup. (On Raza) He’s been a solid performer for us over the last few months.

So excited that he could bring that form here again. Different conditions but that didn’t change his form. He played exceptionally today. We needed to get slightly fuller, we thought the Irish bowled a bit too short. Credit to Richie (Richard Ngarava) and Bles (Blessing Muzarabani) for hitting the straps.

It was difficult to hit through the covers. (On the dropped catches) In a competition like that, run rate could be a possibility in the end. It was a little bit disappointing not to finish it off. Credit to all the guys for putting up a great performance.

I don’t think I can look back and regret (the toss). We were pretty happy at the halfway stage. It was a good wicket, we expected it to be a good wicket all day. When you get blown away (22/4), you are always up against it. Bitterly disappointing with how we started with the competition but it’s a pretty straightforward shoot-out for us now.

(On Little) He’s our best bowler at the moment, he’s our strike bowler, he has experience of playing franchise cricket. He leads the attack brilliantly. Hopefully he can continue to progress. Zimbabwe bowled really well up top, they took something from the first innings on what needed to be done. There’ll be some learnings. It’s a quick turnaround, got to get out and fight. It was tricky but we have to counter that as batters, we weren’t able to do that tonight.

Player of the Match

Sikandar Raza | Player of the Match: The only thing I said to Sean [Williams] (at 37/3) was, ‘let’s try and take the team as far as we can’. The only thought in my head was to just bat. I didn’t allow the emotions to get the better of me. I looked to time the ball well and take it from there. The wicket got harder or I got tired. The second phase of my innings was poor.

I was trying to work around myself in the crease so that I can find the back of a length that I am looking forward to try and pull, cut and hook. There is no secret. Try and channel all the emotions of success and failure into the right way and try to compete with the best in the world so that we can represent Zimbabweans and put our flags among the best.

It (discomfort) is there, I think the body is breaking up. Hopefully, I do all the right things. I thought I was a bit ill-disciplined when it comes to hydrating. The weather was cold and that’s where I lacked. Good wake-up call for me to try and stay fit.

We didn’t just come here because we are happy to represent Zimbabwe. The goal was get into the Super 12s. To have this win is certainly humbling, exciting and happy. Once the team chat is done, I wouldn’t be celebrating this victory. We have a very tough game against the Caribbean boys and that’s what I am looking forward to. 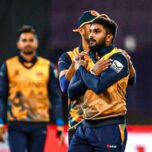