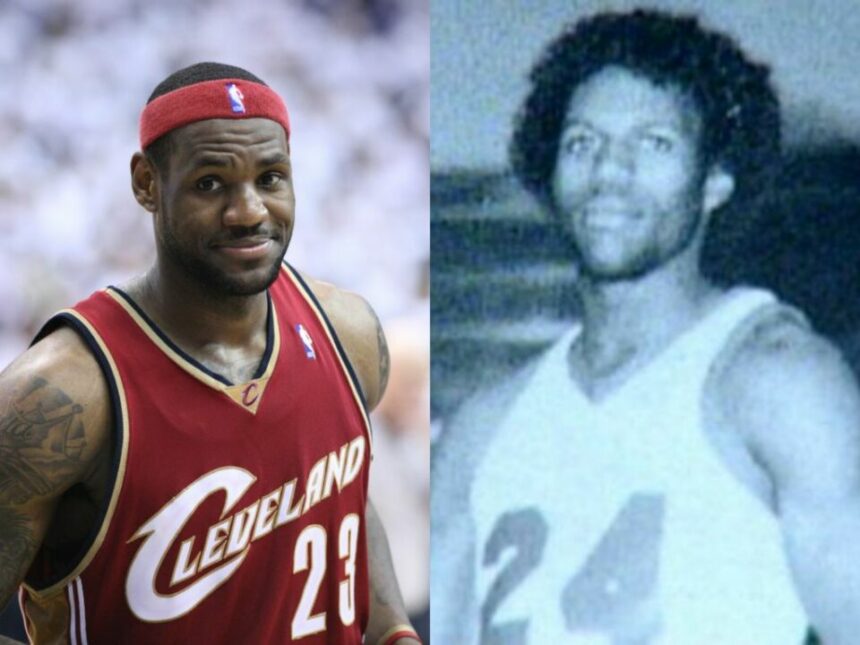 The first name that comes to mind when identifying LeBron James’ biological father is Anthony McClelland. Even his identification raises questions, although he played no part in raising his son. LeBron James, also known as “King James,” is currently regarded as one of the greatest players in the sport’s history. Additionally, Time magazine named him their Athlete of the Year in 2020. The four-time NBA champion’s parents are Anthony McClelland and Gloria Marie James.

Anthony McClelland: Who is he?

LeBron James’ father, Anthony McClelland, not much is known. When Gloria James was only 16 years old, and eight months pregnant with her only child, LeBron James, he abandoned her.

Anthony went to the same high school in Akron, Ohio, where he was well-known for playing basketball, as did Gloria. Anthony was absent throughout LeBron’s upbringing and was arrested numerous times for theft and arson. In 2002, he attempted to reconnect with his son, but little came of it. Additionally, he is the father of Aaron McClelland Gamble, a second child he abandoned.

Because his image appears when you search for Roland Givons, he may have even engaged in identity fraud. However, Roland passed away in the 1990s. While some sources state McClelland is still alive, others state he passed away in 2007.

The Career of Anthony McClelland

Unfortunately, McClelland started down the wrong path at a young age, and it is safe to assume that he could not provide for himself. In 2002, he was detained for various felonies, including theft and fire. After that, he started a criminal career and continued serving time in jail for relatively small acts.

McClelland is rumoured to have fathered a son named Aaron McCelland Gamble with a different woman besides LeBron James. Aaron was born in 1987 in Akron, Ohio, the hometown of LeBron.

LeBron Raymone James Sr., an NBA basketball player, now plays for the Los Angeles Lakers. The Cleveland Cavaliers selected him as their first pick in the 2003 NBA Draft. He received the 2003–2004 NBA Rookie of the Year award. When he was a free agent in 2010, he decided to sign with the Miami Heat. However, this action received a lot of criticism.

He currently serves as the Lakers’ starting small forward. When the US team won bronze in 2004, King James made his Olympic debut. He won gold medals in 2008 and 2012 while an Olympic team member.

Forbes estimates that LeBron Raymore James is worth $1 billion as of 2022. He has a $300 million market value and is the Spring Hill Company, owner. Sport and entertainment are just two of Springhill’s varied uses. LeBron James starred in the movie “Space Jam: a New Legacy,” which Spring Hill co-produced. Due to his numerous brand sponsorships for companies like Nike, McDonald’s, Blaze Pizza, Beats Electronics, Intel, Samsung, Dunkin Donuts, and many others, he earns a substantial 600 million yearly.

A 400 million dollar figure for his on-court earnings has been estimated. He has numerous investments in Liverpool F.C., Lobos 1707, Spring Hill Entertainment, and other businesses, which makes him a shrewd businessman.

LeBron and his family reside in a huge property in Los Angeles. The 8-bedroom, $23.5 million oceanview estate includes comforts like a home theatre, sauna, and steam room. It has a beautiful appearance due to its 15,000-square-foot size. James also owns a second 2.5-acre property in Akron, Ohio, where he was raised.

In high school, James and Savannah Brinson became close throughout James’s basketball career. In the same way as his father, Bronny plays basketball for his high school.

LeBron James and Savannah Brinson first crossed paths in high school. The two met for the first time at a football game; Savannah was a cheerleader from the other school. After exchanging phone numbers and going on a few dates, feelings of love began to blossom. They fell madly in love with one another.

Savannah had no idea this young kid would become a basketball legend and amass a billion-dollar fortune. James had barely entered his senior year when Savannah became pregnant with Bronny. Still, by that time, he had already signed a 90 million dollar endorsement deal with Nike, so the two could comfortably survive. Bryce was eventually born to her three years later, in 2007.

The couple wed in California in 2013; in 2014, Zhuri James, their sole child, was born. Few people are aware that Beyonce sang during the couple’s wedding ceremony while they exchanged vows. Savannah is renowned for her charitable endeavours and initiatives to empower women, such as “Women of Our Future.” Savannah is the one who manages the home and keeps the family together, while LeBron is primarily preoccupied with his athletic career and other enterprises.

LeBron James’ Paternity may be the Subject of a Conspiracy

LeBron James’ biological father is the subject of many conjectures on the internet. Numerous people believe Roland Bivins is his biological father. Gloria James gave birth to LeBron while Bivins, who went to the same high school, was likely 18 or 19. Since they were so close in their community, it’s often assumed that they were dating.

Even Roland’s high school coach saw the parallels in their play styles and personalities when Bivins and LeBron played basketball in high school. Some even believe Anthony McClelland to be Roland Bivins. Despite this, it’s been said that Roland changed his name after serving multiple jail terms. But things get complicated because Bivins passed away in 1994, while McClelland was incarcerated in 2002. It is, therefore, impossible to determine the accuracy of this idea.

Also read: Why Anthony McClelland is in So Much Limelight? 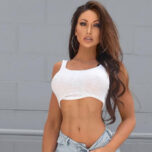 Bio of Holly Sonders: Career, Relationships, & Net Worth
Next Article