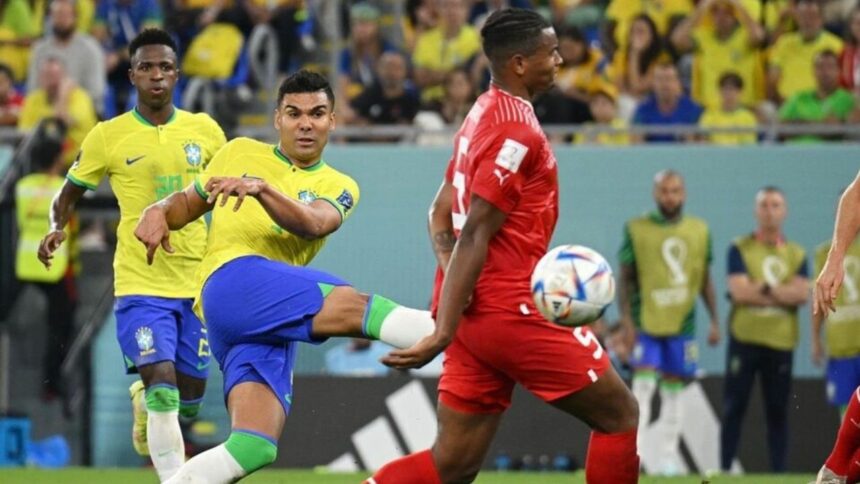 Brazil became the second team to qualify to the knock outs after France with a 1-0 win over Switzerland. Casemiro scored the only goal of the match to send the Selecao past the group stage. Group G is still open with Switzerland, Serbia and Cameroon in contention for one spot.

Contents
Starting line-up of Brazil and SwitzerlandFirst half : Brazil knocking the doorSecond half : Casemiro scores a late winner

Click here to watch the highlights of Brazil v Switzerland.

Starting line-up of Brazil and Switzerland

Brazil had to play without injured Neymar and Tite opted for a 4-3-3 formation. Richarlison, Raphinha and Vinicius formed the attacking trident. Casemiro as a lone pivot with Fred and Paqueta taking the remaining spots at midfield. Alisson was taking charge at goal post and ahead of him were Thiago Silva, Marquinhos, Militao and Sandro.

Murat Yakin’s Switzerland started in a 4-2-3-1 formation with Embolo playing up as lone forward. Vargas, Sow and Rieder started as advanced and wide midfielders with Xhaka and Freuler playing as pivots. Rodriguez, Elvedi, Akanji, Widmer formed the back four with Sommer guarding the goal.

First half : Brazil knocking the door

The first half saw Brazil coming at Yann Sommer looking for a breakthrough and managed to get only 2 shots on target out of the total attempt of 6 shots. Both the sides had a fair share of control over ball, Brazil edged Switzerland marginally with 54% of ball possession. The Swiss attack didn’t test Alisson as they took only one shot and it was not on target. The first half concluded at 0-0.

Brazil brought in Rodrygo in place of Paqueta to go all out attack in order to get a breakthrough. The samba boys were missing Neymar’s presence and there was not much of creative outlet in the field. Brazil were looking to attack with quick counters with their pacy forwards. Vinicius scored a goal at the 66th minute but the VAR ruled it off for offside during build up. Gabriel Jesus and Antony replaced Richarlison and Raphinha and the Selecao had fresh legs up front. Casemiro scored an 83rd minute winner from Rodrygo’s assist to send Brazil to round of 16. Switzerland looked toothless up front registering 0 shots on target. Brazil will look to win their final group game and enter knock outs with a clean record from group stage.

You’re F*cking Neymar! – Ronaldo backs Neymar to bounce back amid backlash on Social Media
Next Article 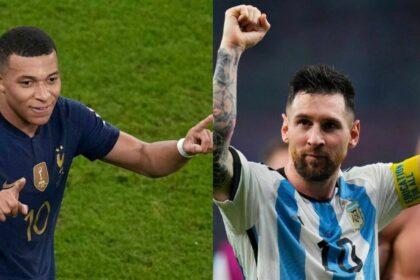 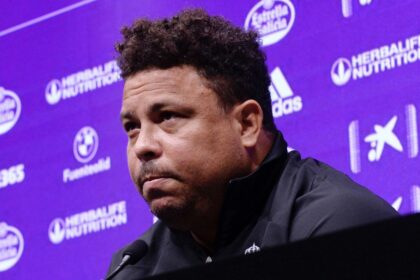