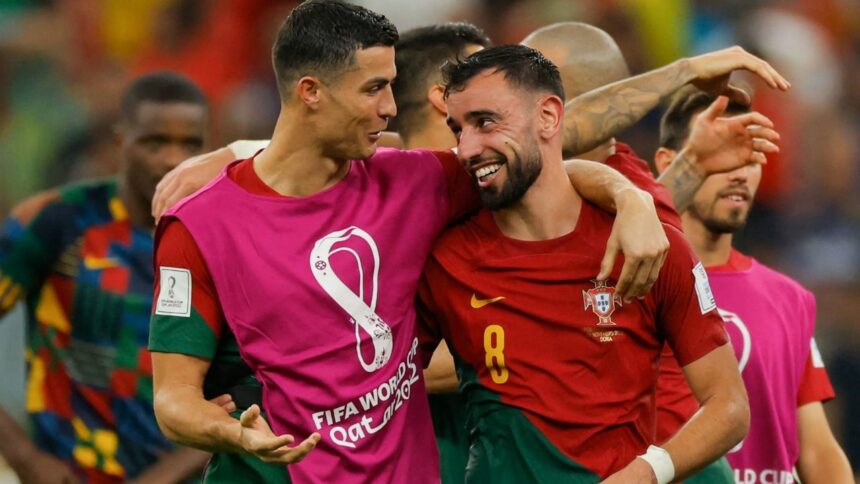 Contents
Starting line-up of Portugal and UruguayFirst half : Portugal dominating on ballSecond half : Bruno scores a brace

Click here to watch the highlights of Portugal v Uruguay.

Starting line-up of Portugal and Uruguay

Santos’ Portugal started in a 4-3-1-2 formation led by skipper Ronaldo and Felix up front. Bruno Fernandes played in an advanced position and the midfield was covered by Bernardo Silva, Never, Carvalho. Cancelo, Pepe, Dias and Nuno Mendes formed the back four and Diogo Costa stood between the posts.

Diego Alonso fielded his Uruguay line-up in a 3-5-2 formation which saw Suarez left behind in the bench. Cavani and Nunez played up front. Olivera, Vecino, Bentacur, Valverde and Varela marshalled the midfield. Coates, Godin, Gimenez played at defence and Rochet was the Uruguay custodian.

First half : Portugal dominating on ball

Uruguay were hardly having the ball at their feet with Portugal having 70% ball possession in the first half. Although it was Portugal who were dominating on ball, they had 0 shots on target. They had taken 8 shots in total with 6 of them being blocked and 2 shots off target. Uruguay managed to get one shot on target and had a better chance to take the lead but failed to do so. Bentancur made a brilliant run and fired his shot straight at the goalkeeper. The first half ended at 0-0 with Santos being a frustrated figure on the touchline.

Second half : Bruno scores a brace

The second half saw both the teams go hard for a goal and both having 50% ball possession. Portugal and Uruguay had 7 shots each with 3 and 2 shots on target respectively. At the 54th minute of the game, Guerreiro passed a ball to Bruno and he attempted to put a cross to Ronaldo which went high and beat Uruguay goalkeeper. Uruguay brought in Luis Suarez for Edinson Cavani in search of equaliser. Santos withdraws Cristiano at the 82nd minute. Portugal gets a penalty after a VAR referral for handball. Bruno converts from the spot at 93rd minute and seals the game in favour of Portugal.

2022 FIFA World Cup : Brazil defeat Switzerland and qualify to next round
Next Article 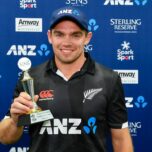 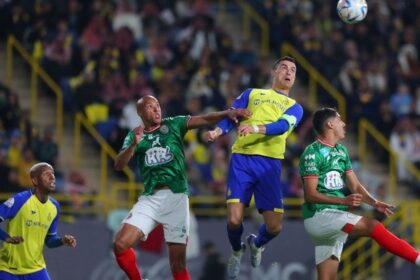 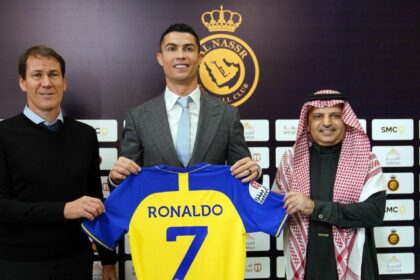