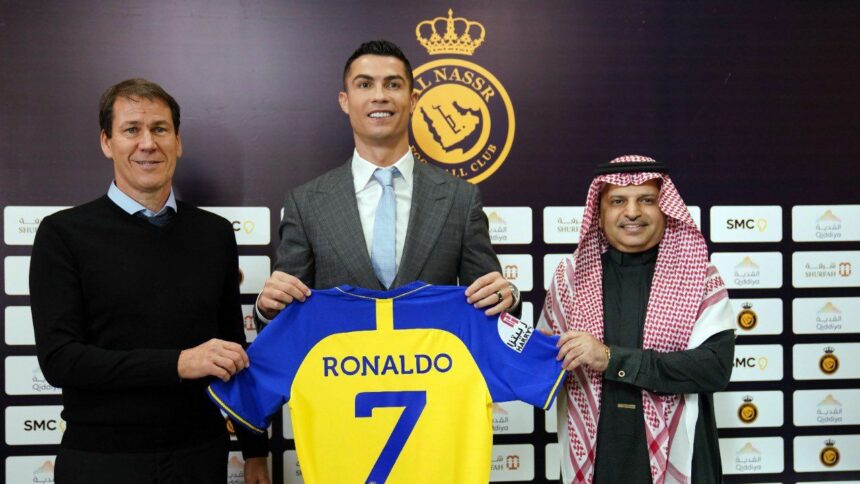 His time with the Red Devils may have come to a bitter end, but Cristiano Ronaldo is far from done. The new year brought with it new challenges, as CR7 was unveiled by his new club Al Nassr on Tuesday (Jan. 3)

Following the move to the Saudi Arabian club – one of the richest clubs in the Middle East – the move brought with it its share of questions. Is Ronaldo done with the big league? Is this the downfall of the Portuguese great? But the 37-year-old is far from done, as he emphasised during his presentation ceremony.

Speaking during his unveiling, Ronaldo revealed that this wasn’t his last straw. In fact, Ronaldo stated that he had “won everything” in Europe and it was time to take up “new challenges”.

During his presentation ceremony, Ronaldo said, “I’m so proud to make this big decision in my life. In Europe, my work is done. I won everything. I played at the most important clubs in Europe and for me now, it’s a new challenge.

“This is a great opportunity. Nobody knows this but I had many opportunities in Europe, many clubs in Brazil, Australia, in the US and in Portugal. Many clubs tried to sign me, but I gave my word to this club to develop not only football but other parts of this amazing country,” stated the former United star.

Furthermore, the five-time Ballon d’Or award winner added that he wanted to beat new records here as he had won everything in Europe. “I beat all the records there. I want to beat a few records here. This contract is unique but I’m a unique player, so for me it’s normal,” added the Portuguese star.

Moreover, clearing the air and taking a dig at his critics, Ronaldo said, “Many people speak and give their opinions, but they really do know nothing about football. It’s not the end of my career to come to Saudi Arabia. I really don’t worry about what people say.”

His move to the Saudi Club made the former Real Madrid player one of the highest-paid players. The former Juventus star signed a lucrative deal that will see him ply his trade at Al Nassr until 2025.

India vs Srilanka: Sanju Samson ruled out of T20I series with injury, Jitesh Sharma named as Replacement
Next Article