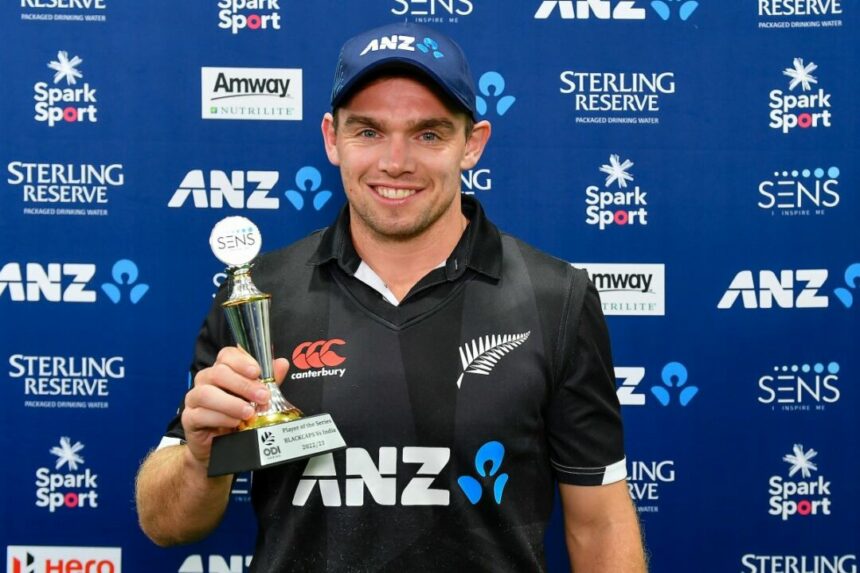 New Zealand vs India: The 3rd ODI between India and New Zealand has been called off due to rain, as a result New Zealand end up winning the ODI series. Tom Latham is named as the player of the series for his match winning knock of 147* in the 1st ODI. Latham’s knock has been crucial in New Zealand’s ODI series win against young and inexperienced Indian side.

New Zealand skipper Kane Williamson won the toss and elected to bowl first in overcast conditions. Adam Milne Henry was lethal with the new ball troubling Indian batsman with his inswingers and the ball nipping around both the Indian Openers struggled to score in the powerplay.

Indian Skipper Shikhar Dhawan scored 28 runs in 45 balls. Dhawan steeped out to reduce the swing of the ball but that led to his downfall as he was cleaned up by Milne. Shubman Gill gave his wicket away as he was dismissed by Milne for 13 runs.

Iyer and Sundar Stand out players for India

Shreyas Iyer has been so consistent in the recent times batting at number 3. Iyer scored yet another valuable knock of 49 runs and was dismissed by Lockie Ferguson. Suryakumar Yadav, Rishabh Pant, Deepak Hooda failed to make most of their opportunities. SKY has been really poor in the ODI series.

Washington Sundar making his comeback after a long injury once again proved his place in the team. Sundar smashed 51 runs. He powered India past the 200 run mark. In his knock of 51 runs he smashed 5 fours and one six. Deepak Chahar and the rest of the batsman failed to perform in overcast conditions.

Adam Milne was the pick of the bowlers for New Zealand picking up 3 crucial wickets early in the innings. Daryl Mitchell troubled the Indian middle order with his bouncers. He was the x factor for New Zealand as he managed to pick up 3 wickets. Tim Southee picks up 2 wickets surpassing Richard Hadlee to become the highest wicket taker against India with 36 wickets.

Finn Allen and Devon Conway smashed the Indian bowlers to all parts of the ground in the Powerplay. Allen scored a quick fire knock of 57 runs in 51 balls. Conway scored 38* runs in 51 balls. The duo added 97 runs for the 1st wicket in 16 overs. Umran Malik dismissed Finn Allen and provided the much needed break through before rain halts the play.