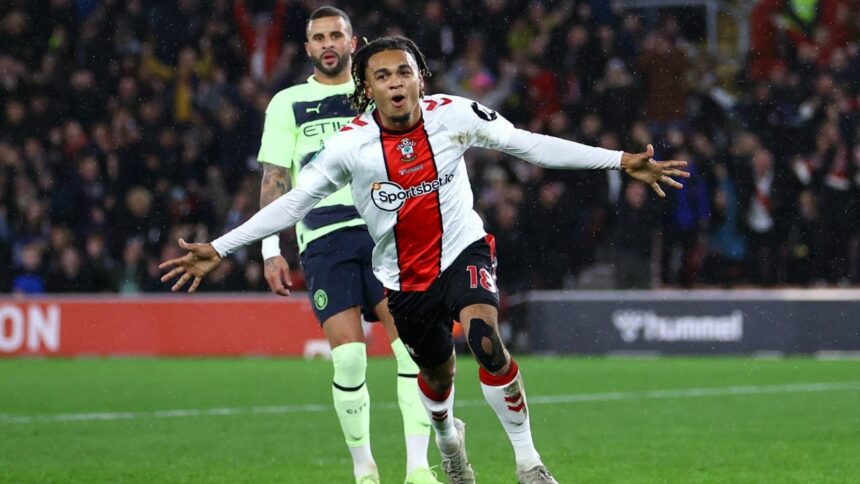 The Carabao Cup last 8 saw some of the exciting and shocking results in which Saints sent the Cityzens out of competition. Ten Hag’s United have progressed to the semis and are looking to end the club’s six year trophy drought. Newcastle also have reached the semis for the first time in last 47 years of the competition. Wolves lost their fixture in penalty shoot out to Nottingham and missed out on making it to their first semi final appearance since 1980.

A round up of quarter finals fixtures

The first quarter finals saw Manchester United take on Charlton Athletic. Man United rested half of their regular starters for the fixture. Charlton didn’t trouble Ten Hag’s men as expected with the technical quality being no match to the Red Devils. Antony gave United the lead. The goal scorer was replaced by Rashford who also ended up in score sheet with a brace in the final few minutes. There was nothing but respect from Charlton’s manager Dean Holden and he has backed United to win the competition.

Newcastle United faced Rodgers’ Leicester City and this was a much evenly balanced fixture on paper. On the pitch it was Eddie Howe who won the tactical battle as the Magpies won the fixture comfortably against the Foxes. Dan Burn and Joelinton scored a goal to win the match 2-0 and secure Newcastle a historic semi final spot. Wolverhampton Wanderers and Nottingham Forest faced each other in the third quarter finals. It was all square at the end of regulation time. Willy Boly gave Forest a lead and Jimenez equalised for Wolves at second half. With no goal at extra time the match headed into penalty shoot-out. Both the teams started the shoot-out with a miss. Notts converted remaining four penalties. While Wolves matched up to 4th penalty, Joe Hodge missed the decisive 5th penalty and handed over the victory to Nottingham.

The final quarter final saw the biggest of upset with Southampton thumping Manchester City with a 2-0 victory. Pep lined up with his second choice team which still had incredible talent considering their squad depth. The Saints did their job neat and stuck to their strengths by being clinical with a limited time of ball control. While City had more than 70% possession they registered 0 shots on target.

The semi final draw took place right after Southampton v Manchester City. In the draw Manchester United were paired with Nottingham Forest and Southampton will face Newcastle United. The first leg of the semi-finals will be played on 23rd January and the return leg to be played on 30th January. 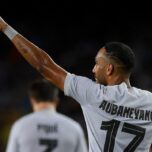 Auba is returning back to Barca?
Next Article