Akash Chopra said that Dinesh Karthik’s inclusion in the playing XI of the Indian team for the T20 World Cup is doubtful.

Akash Chopra has spoken about Dinesh Karthik’s inclusion in the Indian team for the T20 World Cup.

But his inclusion in the playing XI is doubtful. Everyone has decided that Dinesh Karthik is a finisher. Many feel he is doing well.

However, Akash said that he cannot be 100% sure that he will be in the playing eleven.

Not just fans, but the players are also excited about the mega clash. India’s wicketkeeper batter Rishabh Pant has said that he is eager to take on the arch-rivals.

Pant just wants to live that feeling of playing against Pakistan once again. The wicketkeeper batter has said that it’s always a special feeling playing against the neighbours as there is always lots of heated moments.

Former Indian opener, Gambhir thinks that Rishabh Pant would be a better option than Dinesh Karthik in terms of batting explaining that the veteran has shown the intention to play only as a finisher while the youngster has more versatility as a batter. He also argued saying that picking Karthik would limit India’s options if they lose early wickets as the right-hander can only play in the slog overs.

“In my playing XI, Rishabh Pant should play at No.5, Hardik Pandya at no.6, and Axar Patel at no.7. But what we have seen in the practice matches, Dinesh Karthik will play. But a player is not picked to play just 10 balls. You should pick a player so that he can bat at No.5 or 6. But Dinesh Karthik has not shown that intention. He and the team management have show the intention that he will bat only in the last 2-3 overs and that can be dangerous because in Australia, if you lose early wickets, you might have to send in Axar Patel early because you also wouldn’t want to expose Hardik early. That is why I picked Pant in my playing XI. But again that won’t happen,” said Gambhir

Team India had their first training session at the Melbourne Cricket Ground (MCG) in Melbourne ahead of Sunday’s big clash with Pakistan. 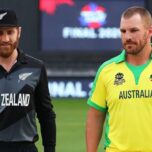