England still have a chance of qualifying for the World Cup semi-finals, They would be the happier of the two teams with the points shared because Australia is the side that is falling behind in points.

England’s match against Australia in Melbourne was rained out, with this fixture getting abandoned, It was the second consecutive rain-affected fixture.

England wouldn’t mind the result of the two teams with the points shared because Australia is the side that needs to make up the ground.

England’s remaining fixtures are against New Zealand and Sri Lanka who are tougher on paper than Ireland and Afghanistan who Australia have to face. Hence, Friday’s washout means a chance of making a move up the table has now gone begging.

Two wins for England in its final two matches, first against the Kiwis and then Sri Lanka, should be enough to send England through to the Semi-Finals.

Out of the five matches so far scheduled to be played in Melbourne, only India v Pakistan has gone ahead as planned. Two more matches are planned for Melbourne: the final game in Group Two between India and Zimbabwe on 6 November, and the big final a week later. 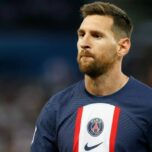