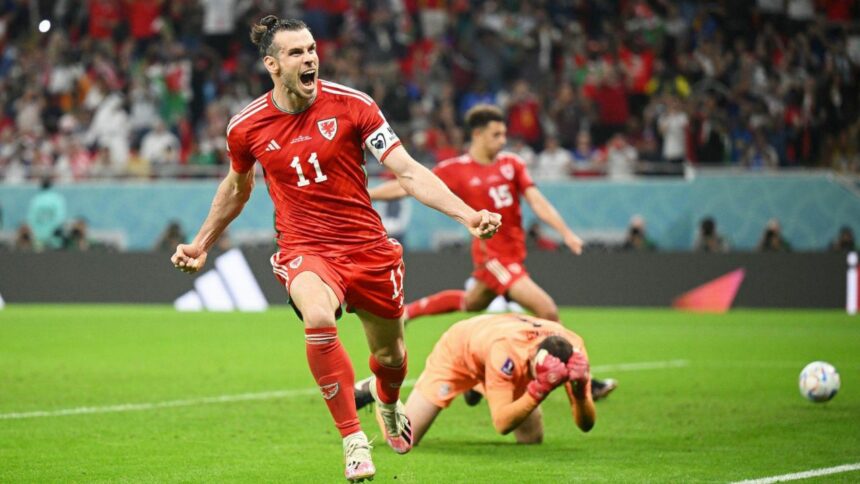 Wales Snatch a thrilling draw against the USA on their return to the World cup. Gareth Bale came to the rescue and scored a late penalty kick to level the scores.

Wales skipper Gareth Bale earned a penalty during the 82th minute of the match. Bale made full use of the penalty kick and scored a much needed goal as Wales are off to a good start.

Welsh captain Gareth Bale scored an 82nd-minute penalty after defender Zak Bonomo fouled the former Real Madrid star in the penalty area, canceling out Tim Weah’s first-half goal for the Americans. The Welsh returned to the World Cup after a 64-year absence, and it appeared as if they would be defeated until Bale scored with a penalty kick.

Welsh fans showed their support by cheering loudly after Bale’s equaliser. The US squad was skilled and powerful, and struggled to break down Wales for long periods of the first half. Instead, Pulisic, a constant darting menace for Chelsea, was the first to create chances for the US.

Nine minutes in, Weah received a pass from Sergino Dest and ran in on goal down the right. Joe Rodon’s header went off of Wayne Hennessey’s midsection and back into the goal. There was also panic in the Welsh box as Pulisic received and sent a cross to Josh Sargent, who put it right in front of Rodon but missed it.

Josh Sargent, who scored for the Blattes against Norwich, was subsequently denied by Wayne Hennessey after collecting Pulisic’s cross. The Americans were quick to issue yellow cards. Sergino Dest was charged in the seventh minute, and Weston McKennie was cautioned two minutes later for two wild tackles on Neco Williams.

Wales were unable to build anything in midfield as Aaron Ramsey and Ethan Ampadu rarely had time or space. At the end of the first half, Weah received a pass from Pulisic and scored the Goal.

The Weah-born son dinked a terrific goal with the outside of his right foot that was no less than the positive US opening deserved, a cool finish with the inside of his foot over Hennessey. Wales were in disciplinary trouble again after 40 minutes when Bale was booked for colliding into Yunus Musah.

The substitution immediately started to have an effect. Tottenham defender Ben Davies almost headed Wales level on 64 minutes when he was denied by US goalkeeper Matt Turner with an acrobatic save.

Ramsey passed the ball to Gareth Bale and defender Zimmerman ran into Bale who was looking for a cut back. The refree was quick to spot the foul and issued a penalty kick to Wales.

Bale hits the penalty kick and Wales draws the game 1-1. Wales next face Iran on Friday in a group B clash.