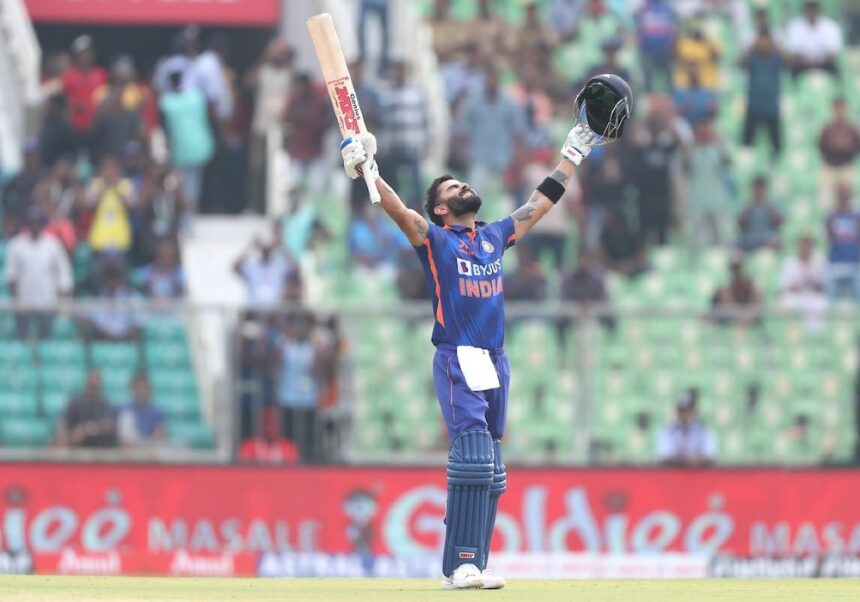 The ICC announced the men’s T20I Team of the Year 2022 and three Indians featured in the playing XI. In 2022, the shortest form of the game took centerstage, with the showpiece T20 World Cup being held in Australia.

England beat Pakistan to lift the T20 World Cup trophy for a second time. World Cup winning captain Jos Buttler was named as the skipper of the ICC men’s T20I team of the year. Buttler enjoyed a strong run as both player and captain. The England skipper not only sizzled with the bat, scoring 462 runs from 15 matches, at an explosive strike rate of 160.41. Buttler, who took over from Eoin Morgan, won the World Cup in his first year as captain.

The three Indian players to be picked for the team are Virat Kohli, Suryakumar Yadav and Hardik Pandya.

Let’s take a look at how the three Indians, picked in the ICC team of the year, fared in the past year.

2022 saw Kohli slowly regain his former golden touch. The former Indian skipper once again stamped his authority as one of the most explosive batsmen to grace the sport. Amidst the growin criticism, Kohli found his way back.

The former skipper broke his century drought of nearly three years during the Asia Cup. Kohli finished the tournament as the second-highest run scorer with 276 runs from five games.

The former captain continued his form into the T20 WC as he ended the tournament as the highest run-scorer with 296 runs. The explosive batter began the tournament on a cracking note as he hammered an unbeaten 82 against Pakistan. It was one of Kohli’s most memorable knocks. In the World Cup Kohli hammered three half-centuries as he enjoyed a strong run in the tournament.

The Indian batter has been in explosive form, taking the shortest format of the game by storm. Suryakumar became only the second batter to score more than 1000 runs in a calendar year in the T20 format.

Sky ended the year as the highest run scorer with a whopping 1164 runs. In 2022 he scored two centuries and nine half-centuries with a scintillating strike rate of 187.43. During the T20 World Cup, Sky scored at an explosive rate of 189.68, scoring 239 runs. Sky also finished the year as the No. 1 batter in the ICC men’s T20I player ranking.

The third Indian to feature in the list is Indian all rounder Hardik Pandya. 2022 saw Hardik come to the front as he stamped his authority as the all rounder in the Indian team. Returning from injury, which saw him refrain from bowling, Pandya made a comeback with both bat and ball.