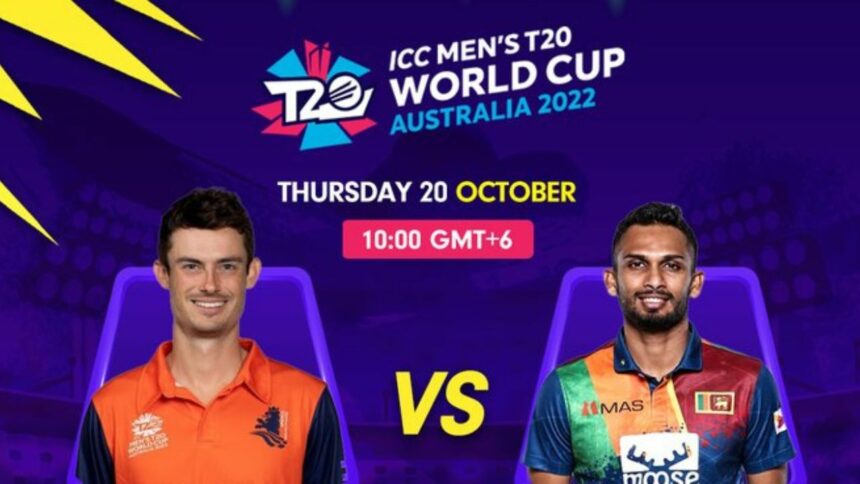 A mouth watering clash awaits us as Netherlands square off against Sri Lanka in match 9 of ICC Men’s T20 World cup 2022. A must win match for Sri Lanka in order to qualify for the super 12 stage. Welcome to Netherlands vs Sri Lanka match preview.

Netherlands are coming off back to back wins and are favorite’s to qualify for the super 12 stage from group B. The Dutch are currently at top of the table in group B with wins over UAE and Namibia. Netherlands is the only team to win twice while chasing.

The biggest positive is the bowling of Netherlands. Their bowlers restricted the opponents to less than 130 runs in both the matches. Batting has been a bit of worry as their batsman seem to struggle under pressure.

A win over Sri Lanka will confirm their spot in the group 12 stage. If Netherlands loose to Sri Lanka then they will have to depend on the outcome of UAE vs Namibia match. If Namibia wins against UAE the Netherlands are potentially out of the tournament unless they got better net run rate than Sri Lanka and Namibia.

Sri Lanka got a huge task on hand against the inform Netherlands side. A must win game for the former world champions. After being beaten by Namibia in the opening match they island nation made a comeback with a comfortable win over UAE. The biggest loss for Sri Lanka in tomorrow’s game is their star bowler Dushmantha Chameera has been ruled out for the rest of the tournament.

Pathum Nissanka has been the lone warrior for Sri Lanka with the bat while the rest have struggled to score runs. Spinners have been good for Sri Lanka in the first two matches. Wanindu Hasranga and Maheesh Theekshana were amongst the wickets.

Team chasing could have better chances of winning the match. Sri Lanka will be aware of the pitch conditions and the threat that the Dutch side is..

The ball starts to grip a lot as the match progresses. Teams batting 1st have won 5 out of the 8 games played. Netherlands is the only team that has won batting second. Toss has played a key factor in the outcome of the match.

Sri Lanka are the favorite’s to win the match as they are more expericned and hold a better record against Netherlands in ICC T20 World Cup’s. 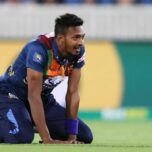 Dushmantha Chameera ruled out of the T20 World Cup
Next Article 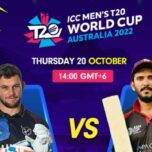