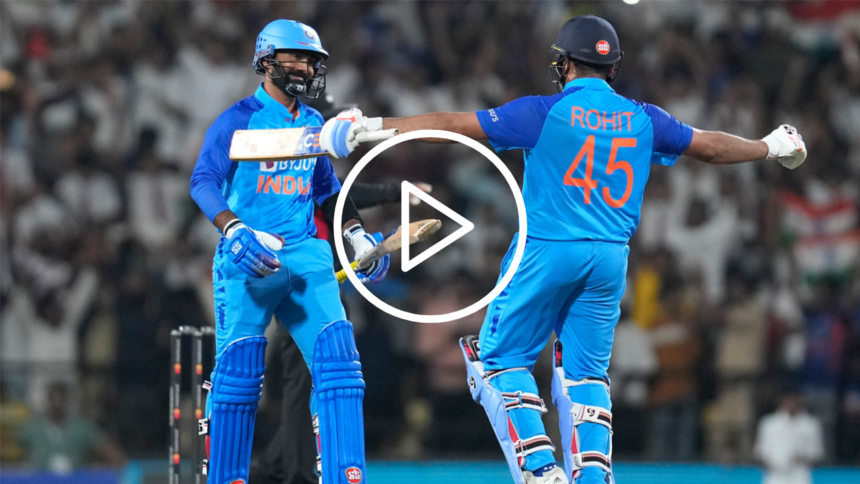 India, after losing the 1st T20I in Mohali, made an emphatic comeback by winning the 2nd T20I match at Nagpur by 6 wickets. Welcome to India vs Australia 2nd T20I match Highlights.

In a Rain affected game India won the toss and elected to bowl first. The game between India vs Australia 2nd T20I was reduced to 8 overs per side.

Rohit Sharma at the toss said: We’re going to field first. It’s nice, there are so many people who have come to watch us. It is nice to get a game. These games are challenging ones because you don’t know what to do. You just have to go out and express yourself. Hopefully we can put up a good show. Since it is an eight over game, we had to make two changes: Bumrah comes in for Umesh Yadav. Bhuvi misses out too and Pant comes in.

Aaron Finch at the toss said: We would have bowled first as well. Chasing in a small gave would have been good. We’re happy with the way we played and the execution. We have two changes: Ellis is injured and Sams comes in. Sean Abbott comes in for Inglis.

The hero of last match Cameron Green was dismissed early as he was run out by Virat Kohli. Australia captain Aaron Finch got his team of to a good start smashing the Indian bowlers. Finch smashed Chahal for 12 runs in the 3rd over. Axar Patel dismissed Glenn Maxwell and Tim David to put Australia on the backfoot early in the match.

Matthew Wade who stunned India in the 1st T20 match with his big hitting was once again the savior for his team. Wade smashed three huge sixes in the last over to power Australia to 91/4 in 8 overs.

Matthew Wade was the top scorer for Australia scoring 43 runs in 20 balls. Aaron Finch scored 31 runs in 15 balls. Axar Patel was the man with golden arm for India picking up 2 wickets for 13 runs. Jaspreet Bumrah picks up a wicket on his comeback.

Adam Zampa cleaned up KL Rahul in his very first over. India at the end of 3 overs were 40/1. Rohit starts the over with a boundary towards third man. Virat Kohli hits a classic shot straight down the ground to end the over.

The chase looked quite comfortable until Adam Zampa comeback for his 2nd over and dismissed both Kohli and Suryakumar Yadav in back to back balls.

Pat Cummins dismissed Hardik Pandya in the 7th over with India still needing 14 runs in 7 balls. Dinesh Karthik comes to bat and smashes four of the very first delivery towards the backward Point region.

India needed 9 runs of the last over and Dinesh Karthik finishes the game in style with a six and a four. India level the series 1-1. Both teams head to Hyderabad for the series decider.

Rohit Sharma was the top scorer for India scoring 46 runs in 20 balls smashing 4 fours and 4 sixes. Adam Zampa was the best bowler for Australia picking up 3 wickets in his 2 overs giving away 16 runs.

India vs Australia 2nd T20I: Rohit Sharma was awarded the man of the match for his quickfire knock of 46 runs. 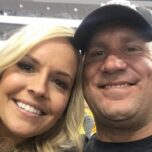 Who is wife of Ben Roethlisberger? Everything about Ashley Harlan
Next Article 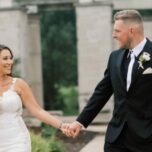