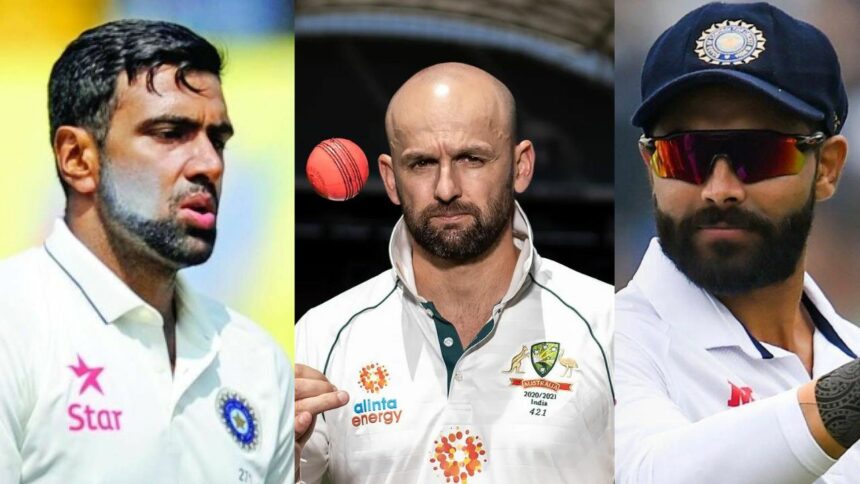 India vs Australia: With the race for the World Test Championship final heating up, there’s a lot at stake at the upcoming Border-Gavaskar series. While Australia sits on top of the WTC table with one foot firmly into the final, India currently lies second and can secure their place in the final with a 3-1 win over Australia in their upcoming home series.

As we gear up for the much-awaited fixture of the cricketing calendar let’s take a closer look at the players likely to have the most impact. With spin likely to play a key role in the upcoming series, let’s take a look at the top three spinners.

India vs Australia: Top 3 Spinners to watch out

Ashwin will lead the spin attack for the hosts. The seasoned campaigner has been a force to reckon with 449 wickets to his name will be the spinner to watch out for once again. Last year, the off-spinner has pocketed twenty wickets in six matches. If we take a look at Ashwin’s stats, he has been a force to reckon with at home as compared to away, and the visiting Australian side will be well aware of the threat.

Jadeja will be returning after a long injury layoff. Though he has been picked for the upcoming series, his inclusion will be subject to clearing the fitness test. The Indian team will be hoping for a clean chit with Jadeja being a strong key in the spin attack for the hosts. Taking a look at his record at home against Australia, Jadeja has so far pocketed 63 wickets from 12 matches, which includes three five-wicket hauls. Much like Ashwin, Jadeja’s stats at home against Australia are overwhelming.

For the visitors, the experienced Nathan Lyon will lead the spin attack. While Lyon will be their leading spinner, he will be supported by Ashton Agar, Todd Murphy and Mitchell Swepson. Lyon has accounted for 34 wickets from the seven matches he has played in India. Facing a lethal spin attack from the hosts, Australia will take comfort from the fact that Lyon has been successful in equal measures both at home and away.

Australia vs India in India:
In the seven matches that Lyon has played in India, he has pocketed 34 wickets, including three five-wicket hauls.

The first Test of the four-match series will get underway on Feb 9th. Currently, the Aussies hold the urn, having retained it at home in 2021-22.

India vs New Zealand: Shreyas Iyer ruled out of ODI series due to injury
Next Article SA20 2023: Marco Jansen puts on sizzling display to guide SEC to thrilling win