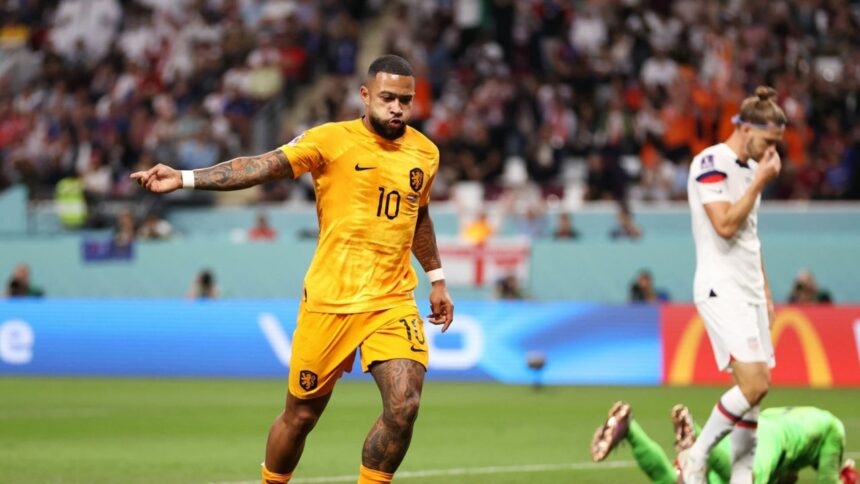 NED vs USA: Netherlands becomes the 1st team to qualify for the quarterfinals in FIFA World Cup 2022. Netherlands defeat USA 3-1 in the round of 16 on Saturday at the Khalifa International stadium. Lets have a look at NED vs USA match highlights.

The Netherlands led 2-0 at halftime thanks to goals from Memphis Depay and Daley Blind. Haji Wright scored one goal to close the margin for the US, but Denzel Dumfries finished the job with a spectacular third goal to put the Dutch on track for a quarter-final date with Argentina or Australia.

The Dutch got off to a strong start, with Depay finishing a 20-pass move with five first touch passes as they changed gears in the 10th minute to give the Group A leaders an early lead.

The Netherlands defeated the United States 3-1 in the first round of the 2022 FIFA World Cup, thanks to goals from Memphis Depay, Daley Blind, and Denzel Dumfries.

Netherlands got off to a strong start in the 1st half

The Dutch got off to a strong start, with Depay finishing a 20-pass move with five first touch passes as they changed gears in the 10th minute to give the Group A leaders an early lead. A spectacular move that involved nine Dutch players in the build-up. And a debut goal for the Barcelona winger.

Daley Blind would give the Oranje a two-goal lead as he pounced inside the USA box near the end of the first half.

With the game well in control for the Louis Van Gaal-managed club, Hajey Wright provided a ray of hope for the Group B runner-ups with a goal in the 76th minute. A play that started with Christian Pulisic breaking free on the right side of the box and slipping a cross into the area for Wright. A strange touch on the ball allowed it to loop over Noppert and the Dutch defence before scoring into the far side of the goal.

Nevertheless, it only took Denzel Dumfries to end any hopes for the co-hosts of the 2026 World Cup, when he grabbed onto an unguarded cross from the left and beat the goalkeeper with a first-time volley.

Also Read : USA and England advance to Round of 16 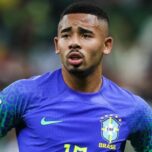 Gabriel Jesus ruled out of FIFA World Cup
Next Article 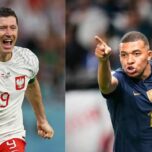 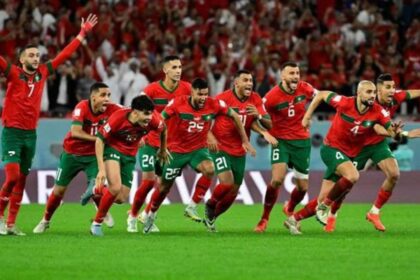