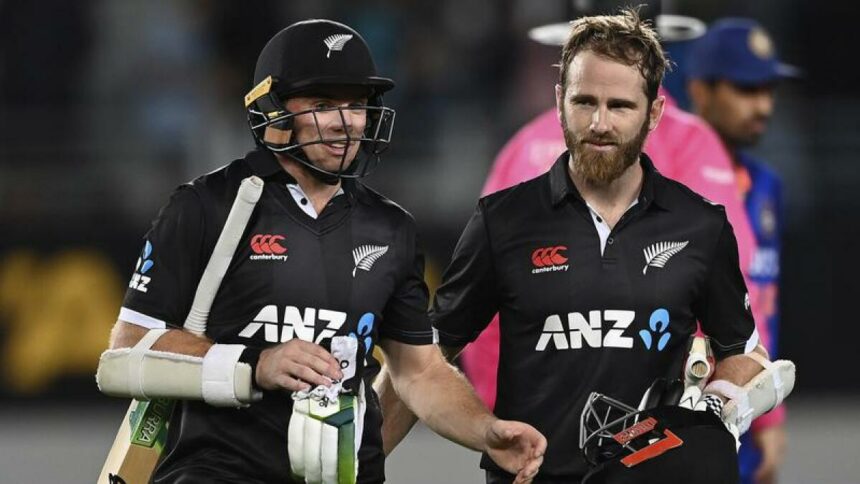 New Zealand won the toss and opt to bowl first. Indian openers Shubman Gill (50 off 65) and Shikhar Dhawan (72 off 77) gave India a strong platform with a solid opening wicket partnership of 124. Both of the batters completed their respective half-centuries but fell sometime after their milestones in the matter of an over.

Shreyas Iyer, who came in at number three, showed his class with a brilliant innings off 80 from 76 deliveries, including 4 fours and as many sixes.

Iyer was the sixth wicket to fall for India, but before his dismissal, there were a couple of batters, Rishabh Pant (15 off 23) and Suryakumar Yadav (4 off 3) failed to impress in the ODI circuit.

Washington Sundar showed his class as he finished unbeaten on 37 runs from just 16 deliveries to make sure that India had 306 runs on the board at the end of their allotted 50 overs.

For New Zealand, Lockie Ferguson was the most successful bowler picking three wickets, and giving 59 runs in his full quota. While Tim Southee also scalped three wickets, he went for 73 runs in his ten overs. He did complete the milestone of 200 ODI wickets. Adam Milne picked a wicket but failed to control the flow of runs. Matt Henry and Mitchell Santner, who was the lone spinner in the Kiwi’s lineup and both returned wicketless.

In reply, New Zealand lost Allen early but Williamson paced his innings well and demonstrated how to bat on these kinds of surfaces adding an unbeaten 221 runs for the fourth wicket with Tom Latham who took his game one notch up and scored boundaries all over the park hitting 19 fours and 5 huge sixes to score his seventh ODI century which is also his best score in the format (145*).

Things would have gone back in India’s favor had they managed to break the stand but Latham and Williamson but the pair played brilliantly, even the good deliveries appeared to be getting thrashed. New Zealand went on to win the game by 7 wickets with 17 balls still remaining and go 1-0 up in the ODI series.

Williamson (New Zealand Captain): At the halfway stage I thought it was a competitive total. The wicket was starting to turn a bit. And the cross-seamers got a bit out of it. But as we know on this ground if you build partnerships you can chase anything. Incredible knock by Latham. Absolutely on fire. We’re talking in the middle about getting through this over and that over. And then he just flicked a switch. Incredible innings. On this ground with the drop-in pitch, if you bowl nice and straight, it can be hard to get the ball away a little bit. It was an over or two where he flicked a switch. We got that big over and he just kept going. One of the more special ODI knocks I’ve seen. It was a very good wicket. Spin played a big role as we saw. Nice to get a win. When we started seeing it turn like it did, you think a number of things. But I thought the seamers did a very good job. It was nice to make a contribution. With Tommy going the way he was, just tried to complement that. Just super special to be at the other end and see it.

Dhawan (India Captain): We felt good about the total. First 10-15 overs the ball did a lot. It’s a bit different than other grounds. Have to plan accordingly. Today we’ve bowled short of length and Latham attacked us there. That’s where he took the game away from us especially in the 40th over. That’s where the momentum shifted. Really enjoy playing here. Would’ve been happier if we won but that’s part and parcel. They’re all young boys and lots of learning for them. Bowling side and fielding side as well (what areas need improvement?). We need to implement our plans more wisely and make sure we don’t make the batsmen play on their strength.

Tom Latham, Player of the Match: It was just one of those days when everything came off well. Built a partnership with Kane and had a bit of fun, just reacted to things and it paid off. It’s about being in strong positions and react to what they were bowling. Was able to find the gaps. The preparation has been ideal, it’s been nice and was able to hit the ball right today. Sundar was getting some turn, found a bit hard to play against him. It’s a small ground and we could capitalize at the end. Don’t know where that came from, just one of those days.