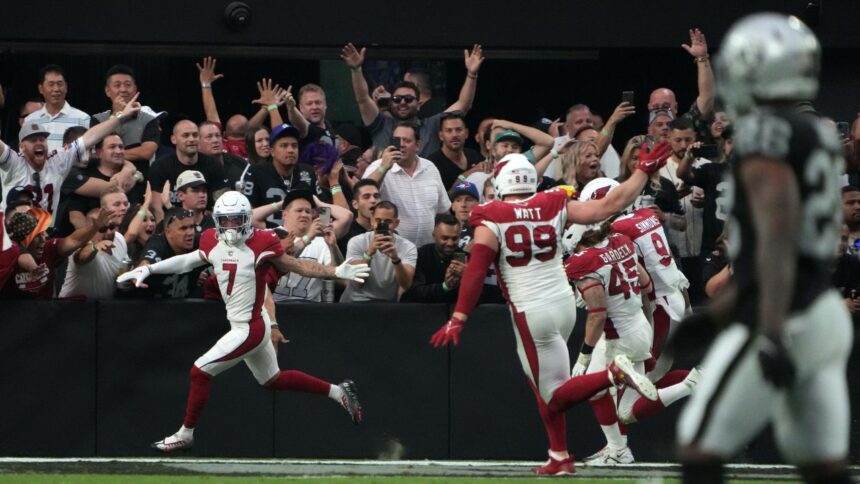 Arizona Cardinals won over the Las Vegas Raiders in a closely fought contest by a score of 29-23 in overtime in week 2 of NFL season 2022. The Cardinals comeback late in the second half, leveling the score at 23-23 at the end of the fourth quarter, forcing overtime. Welcome to Raiders vs Cardinals Highlights

The Cardinals were scoreless in the first half. Later on, in the fourth quarter, they made a comeback tying the score up. The Raiders lost their way and ended up losing in overtime as the Cardinals tallied a touchdown in overtime.

The Raiders dominated the host team Arizona Cardinals in the first half scoring 20 points in the first half. Las Vegas Raiders were clearly the favorites of winning the game after their huge lead at the end of halftime led by K Daniel Carlson.

Raiders vs Cardinals Highlights: Cardinals win a wild one in Vegas.

After going scoreless in the first half, the Cardinals entered the field charged up in the second half. Davante Adams tallied the first touchdown and opened the scoring tally for the Arizona Cardinals. Carr threw a three-yard pass to WR Darren Waller for the team’s second touchdown.

At the five minutes, mark in the third quarter QB  Kyler  Murray made five years pass to wide receiver Greg Dortch as the Cardinals tallied another touchdown.

During the fourth quarter, Murray ran nine plays for 54 yards that resulted in a one-yard rushing touchdown for RB Darrel Williams at 8:13. Later, Murray scored his first two-point conversion by running it in himself, giving the Tigers a 15-23 lead.

In the last minute of the game, Murray ran for a three-yard touchdown. With 00:00 left on the clock, he scored his touchdown and provided two extra points by throwing to A.J. Green. The game was tied 23-23 going into overtime because of this.

The Cardinals snatched the victory in overtime with a 29-23 win over the Raiders. Raiders receiver Hunter Renfrow fumbled the ball on a fumble on the offensive play, and CB Byron Murphy of the Cardinals recovered it, taking it 59 yards for a touchdown and a victory.

Murray, who threw one TD and ran for one as well, looked like he was celebrating the victory with joy after pumping his arm up. 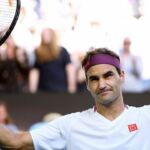 Roger Federer Doubtful to Participate in Laver Cup 2022
Next Article 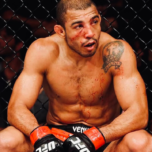