Pakistan Cricket Board’s Chairman Ramiz Raja has challenged the Indian board for its stand on not touring their nation for the Asia Cup 2023.

Last month BCCI secretary Jay Shah made some comments about BCCI’s plan to not send Team India to the Asia Cup while adding that the event will be shifted to UAE.

The remarks frustrated many in the neighbouring country as the event was almost a year away. The PCB issued a statement and mentioned that they were let down by such a note coming from the ACC President.

Pakistan’s chief has expressed his annoyance over the matter and clearly asked the Indian side to get better. He stated that no one will watch the World Cup if his side doesn’t participate.

Further, he was observant of the fact that his side has put up a show in recent times which is a massive boost for their economy. The 60-year-old made his point clear that he wants the Men in Blue to play in the Asia Cup otherwise they would back off from the mega-event.

“If Pakistan doesn’t take part in the World Cup scheduled in India next year, who will watch it? We have a clear stand: If the Indian team comes here then we will go for the World Cup. If they don’t come then they can play the World Cup without us. We will adopt an aggressive approach. Our team is showing performance.

“I’ve always said we need to improve the economy of Pakistan cricket, and that can only happen when we perform well. In the 2021 T20 World Cup, we beat India. We beat India in the T20 Asia Cup. In one year, the Pakistan cricket team defeated a billion dollar economy team twice.”

It’s been over a decade since India last visited Pakistan, it will definitely be thrilling to see India play in Pakistan conditions but with the security of the Indian player in question, Inda’s stand will be firm.

It remains interesting to see how the world’s richest board led by Roger Binny reacts to these comments. India will not tour Pakistan and Ramiz Raja will have to give up this fight and eventually let Pakistan travel to the ICC World Cup.

Read More: There’s no other way to say it” – Gareth Bale after Wales loose to Iran 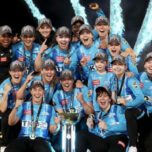 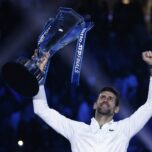