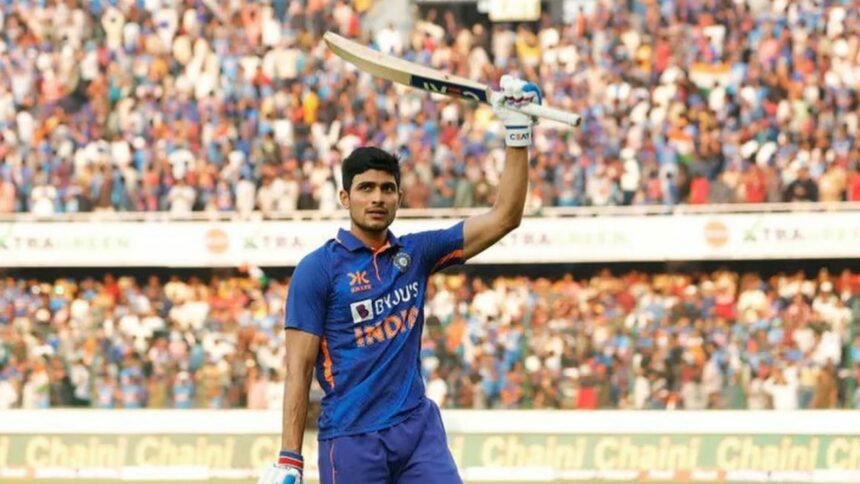 Shubman Gill hammered another sizzling century as India wrapped up a 3-0 ODI series win over New Zealand. Gill, along with Rohit Sharma, who himself scored a century powered India to a match-winning score. After the batters did their bit, Shardul Thakur, who chipped in with the bat, led the bowling attack as India clinched a 90-run win over New Zealand.

Shubman Gill has been enjoying a strong run and the opener was rightfully adjudged the player-of-the-series. Following his sensational run, skipper Rohit heaped praise on his opening partner.

Speaking during the post-match press conference, skipper Rohit said, “The way he was batting in this series and before this series, I don’t think much needs to be told. He understands his batting, he paces his innings well. That is what you want in one-day cricket. “You want to go big, you want to go deep in your innings. He has shown that. He has got big hundreds,” said Rohit.

Shubman Gill and Rohit Sharma put up a double-century stand to power India to a match-winning total of 385/9. The pair scored 212 off 157 for the opening stand. Talking about their innings and Gill’s rich vein of form, Rohit said that the youngster has shown great maturity.

“No matter how flat the pitch is, to get a double hundred is not easy. In that game, the next best score was 34. It shows that he was calculative and he knows that he needs to bat deep. A set batsman needs to bat for as long as possible. That is probably the reason we got 350+ in the game. He has got great maturity in the way he thinks about his game, the way he approaches the game.

“I’ve not played a lot of cricket with him. The first time I saw him was in Australia in the Test series. We all know how he batted in that Test match at Gabba. He has had his time in Test cricket. The way he is batting in ODI cricket in just wonderful to watch. I just get a feeling that he understands his game really well, and that ’s the key,” said the Indian skipper.

Meanwhile, speaking about his own century, Rohit said it was important to play fearless cricket. Rohit’s ton came after a three-year century drought in ODIs. Though in that time he has not featured in too many ODIs, Rohit’s ton couldn’t have come at a better time – with the ODI World Cup set to get underway this year.

“I have never planned for 30 hundreds., never thought I’d reach there, so going forward I won’t plan as well. I just want to play my cricket, enjoy my cricket and bat the way I am batting at the moment. When numbers show up, they look nice but I don’t think any cricketer plays for numbers. And I am not different. I want to go there, enjoy my cricket and do well for the team. We could have done a lot of things if we were playing for numbers,” said Rohit.

The skipper further added, “The message to the boys in that we are not worried about numbers. There’s a team plan and we have to try and achieve that team plan, which in the long run is more critical us. In the last five games, if you see, we have scored four times over 350. It tells you that we want to play with some kind of approach, play some risk free cricket.

“When you want to achieve those things, you will not look at numbers. Even if you are on 99, you must go for it. That’s the kind of message, thought process and mindset I want the guys to have. Fearless cricket is important but we also need some smartness with it. Can’t swing that bat mindlessly, we also need it. We need to be smart but also not to be afraid of taking risks,” said the skipper.

After India wrapped up a 3-0 ODI series win over New Zealand, the focus shifts to the T20I series. India will play a three-match T20I series against the Kiwis, before they head into the much-awaited India vs Australia Test series.