The 22nd encounter of the ongoing T20 World Cup will see South Africa lock horns with Bangladesh at the SCG. The game will start at 8.30 AM IST on the 27th of October.

South Africa had an unfortunate start to their World Cup campaign, as their first game against Zimbabwe was called off due to rain. Chasing a mere 80 to win in nine overs, the Proteas raced their way to 51 in three overs. But to their misfortune, rain entered the scene, and two points were shared equally by the two teams. Therefore, it’s a must-win game for them to keep their playoff hopes alive.

On the other hand, Bangladesh had a great start to the World Cup, defeating the Netherlands by nine runs in their first game. Afif Hossain emerged as their rescuer once again, as his 38-run knock propelled Bangladesh to 144. Taskin Ahmed recorded a spectacular four-for on the bowling front to ensure Bangladesh’s clinical victory. However, the Tigers would like better performances from the experienced duo of Litton Das and Shakib Al Hasan, who recorded single-digit scores in the first game.

The pitch in Sydney is not as quick as the other pitches in Australia. It can also get slower with time. Thus, batting first will be ideal, Spinner will play a vital role in the middle overs. Anything above 170 is a good score to defend. The Captain winning the toss will look to bat first.

South Africa and Bangladesh have clashed in seven T20Is, with the Proteas winning all the matches. The contests have been so one-sided that the Tigers have failed to put up a fight on all occasions.

South Africa will definitely start as the favourites. But Bangladesh will enter the field with a nothing to lose mindset, which makes them lethal. 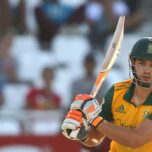