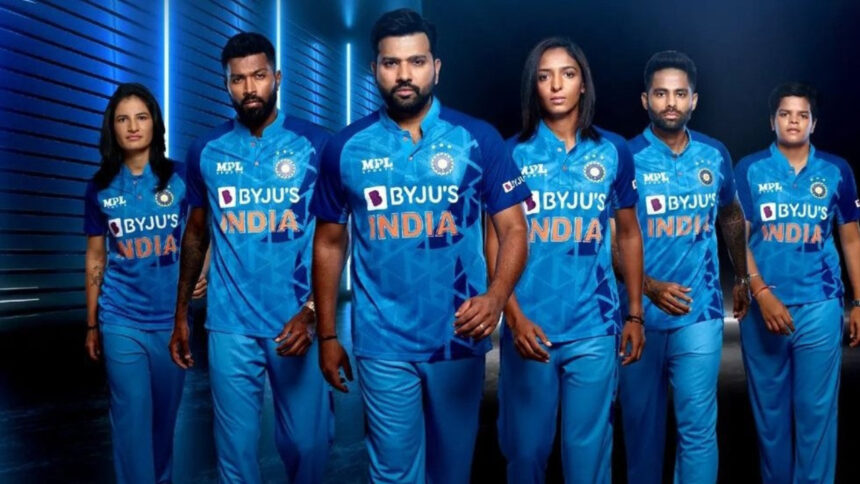 Team India will play in their brand new jersey at the ICC Men’s T20 World Cup 2022. The new jersey, named “One Blue Jersey,” was revealed on September 18. The jersey is quite attractive and it has shades of dark and light blue.

MPL Sports, Team India’s official kit sponsor unveils the new jersey a few days before the beginning of the T20 series against Australia.

The event was premiered live on MPL’s Instagram page titled #HarFanKiJersey. The jersey has been named “ONE BLUE JERSEY” by the manufacturers.

Team India, from the previous dark blue jersey, have decided to turn back the clock and move to the lighter shade of blue.

Team Indian will be wearing this jersey when they take the field against Australia in 1st T20I on 20th September.

The BCCI had dropped a hint about the change in the Indian jersey on their official Twitter profile earlier in the week. This is the second time that Team India will see a change in the kit within a year.

In October last year, the BCCI introduced a ‘Billion Cheers Jersey’ ahead of the T20 World Cup in the United Arab Emirates (UAE).

India will take on South Africa in another three T20Is before the side travels to Australia for the T20 World Cup. The Men in Blue will want to make a strong comeback before heading towards the all-important T20 World Cup in Australia.

However, the team has suffered a blow with senior pacer Mohammed Shami being ruled out after testing positive for COVID-19. The selection committee has named express pacer Umesh Yadav as his replacement for the upcoming fixtures.

Meanwhile, senior pacer Jasprit Bumrah and Harshal Patel have marked their return to the team after missing the Asia Cup. 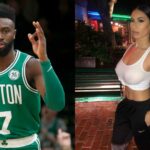 Who is Jaylen Brown’s Girlfriend? About Jacqueline Hawileh
Next Article 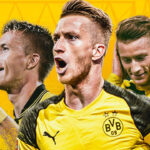