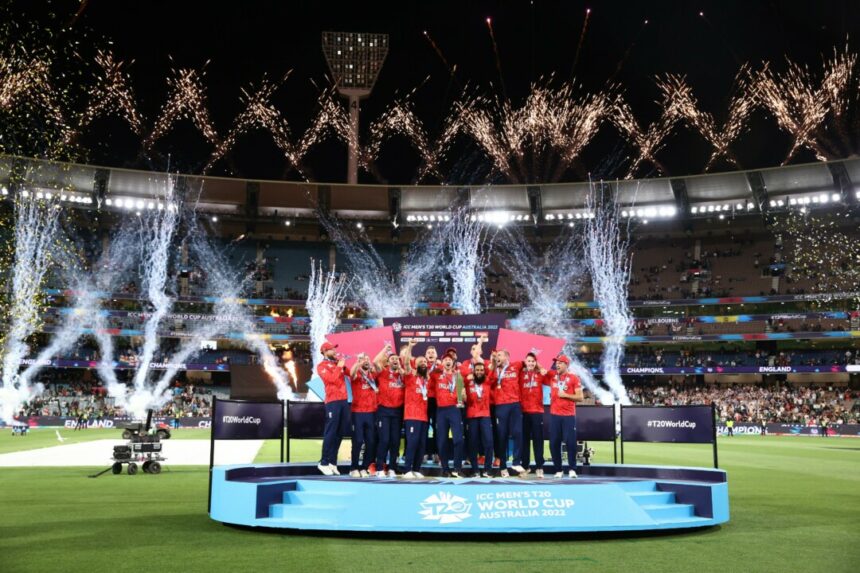 What a fantastic World Cup we’ve had. Four weeks of pure entertainment, and with the number of upsets and drama witnessed on the cards, this shall go down in the history books as one of the best T20 World Cups.

It was Australia as the champions in 2021, and now a year later it’s England who lift the trophy at the iconic MCG. England have embedded their name under this championship for the second time after clinching in 2010.

Chasing a record-setting second title, England were pegged back instantly after Shaheen Afridi struck early, getting rid of Alex Hales.

Despite that earlier blow, the English skipper ensured a fast start for his side with a 17-ball 26. England were racing away in the powerplay before the introduction of speedster Haris Rauf who got 2 important wickets.

Ben Stokes Steadied the ship and took England to victory with the help of Moeen Ali and Harry Brooks. ,

Pakistan fought back well but once their star bowler Shaheen got injured, it was all over for the men in green. Iftikhar came it complete the over but proved to be expensive.

England marched through to victory with Stokes hitting the winning runs.

What Jos Buttler (England Captain) Said after the match:

It is (the icing on the cake). To win the T20 World Cup now, immensely proud of everyone here. It has been a long journey and few changes but we are reaping the rewards of how we have played in the last few years. It’s been a fantastic tournament. We went to Pakistan before coming here, which was a valuable time for the group and this felt a long way after the Ireland match but the character we showed from thereon in must-win games is amazing.

He (Matty Motts) has fitted in really well. We have got a few Australians in the coaching staff with us in this tournament and he has led the coaching staff really well, gives the players great freedom. Huge swing in the game, that was a fantastic over from Adil. He has been outstanding for us in the last three games, just the guy who makes things happen and his performance was outstanding.

When you hit the right length there was a little bit of movement and they were obviously bowling at a good pace, not easy at all. We managed to get away to a start which controlled the run-rate and we bat deep as well. And that man again, Ben Stokes is there at the end. He is the ultimate competitor in anything he does and has the experience to bank on as well. He timed it perfectly, the impetus that he and Moeen Ali had just took it away from Pakistan.

It was a memorable day for the England team and supporters, here are some of the Twitter reactions on England’s remarkable win.

Read More: All You Need to Know About Vijay Hazare Trophy 2022-23 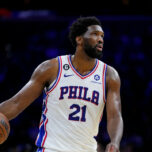 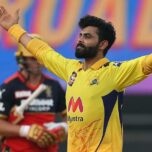