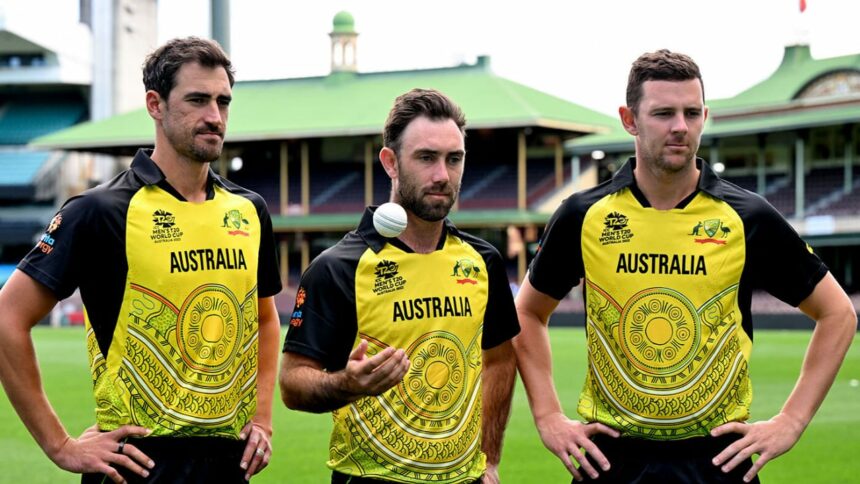 World Champions and host of the Men’s T20 World Cup Australia revealed their Brand new jersey for the T20 World Cup in Australia. In an event at the Sydney Cricket Ground Cricket Australia launched its Brand new Cricket gear.

Mitchell Starc, Glenn Maxwell and Josh Hazelwood wore the Jersey at the SCG and posed for the audience. Australia will face India in a three match T20I series starting from September 20.

It will be the first time the Aussies wear an indigenous-inspired jersey at a World Cup event.

The kit was designed by Aunty Fiona Clarke and Courtney Hagen in collaboration with Asics.

The pair have previously worked together on other Indigenous designs worn by Australia.

The long-sleeved version will see the gold and green artwork extended onto the sleeves of the top, while the pants will be black.

The jersey is themed with the idea to incorporate the colours of both the First Nation flags in Australia.

The cap will feature the colours of both the Aboriginal.

Torres Strait Islander flags will be featuring on the brim.

“The overall design is to do with the process of connecting with yourself as an individual, as a team, in the community and whatever is surrounded by you with the river, the land, whatever you see,” Clarke said [via cricket.com.au]

The other countries are yet to unveil their jerseys

Australia will play their first World Cup encounter against New Zealand on October 22 at the iconic Sydney Cricket Ground. 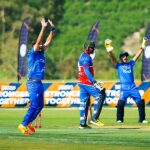 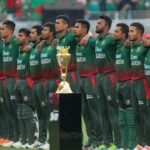