A clinical performance from India W, as they thrash the hosts England W at Canterbury to win the contest by 88 runs.

India W win the series 2-0 with a game to spare. This is India’s second series win in England and their first since 1999.

Smriti Mandhana and Yastika Bhatia brought India back on track with a 54-run stand before Bhatia fell to Charlie Dean for 26 runs.

Mandhana fell for 40 when the score was 99. But from thereon, it was the Harmanpreet Kaur show.

The skipper of India played a majestic knock of 143* off 111 balls to power India to a huge total.

India W middle order batter, Harleen Deol supported her with a brilliant 58 as he put on 113 runs for the fourth wicket.

Pooja Vastrakar contributed with 18 while Deepti Sharma remained unbeaten with 15. 25 extras also contributed to the total of 333-5.

This was Kaur’s 5th ODI ton and her second against England as India reached their highest total against England. Kaur got her last 43 runs in just 11 balls.

Charlie Dean was the pick of the bowlers with 1-39.

A wicket apiece for the other bowlers used by England, but they all went the distance including Sophie Ecclestone.

India W scored 62 runs in the last three overs and that really broke the heart of England.  So, India wins this by 88 runs to win the series 2-0 with a game to spare.

Chasing a massive score of 334 for the win, England Women never got going as they lost Tammy Beaumont run-out for 6 runs.

Sophie Dunkley went for a single. Emma Lamb was there for a while for 15 runs.

Alice Capsey scored 39 runs while Danielle Wyatt was the star with her 65 off 58 balls.

Skipper and keeper batter showed signs of getting back into form with her 39.

Freya Kemp on her debut scored 12. Charlie Dean had fun out there for her 37 off 44 balls.

Kate Cross and Lauren Bell got into double figures, but it was a bridge too far as England were eventually bowled out for 245 in 44.2 overs.

The Indian bowlers bowled well. Renuka Singh Thakur was the pick of the bowlers with 4-57 in 10 overs.

Hemalatha picked up a couple of wickets towards the end.

Deepti Sharma and Shafali Verma had a wicket under their name.

There were two run-outs to show for as well as India were disciplined giving away 5 extras thereby winning the contest easily in the end. 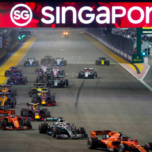 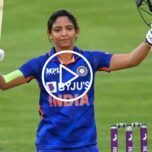