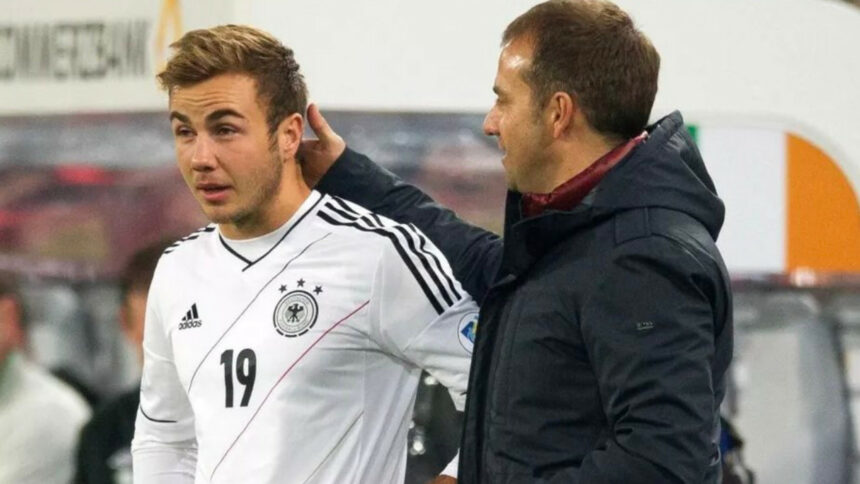 Hansi Flick has announced the 26-man squad of Germany with heavy banking on the youth. The 2014 World Cup final hero Mario Gotze makes a comeback to the national team after 5 years. Having lost out Werner due to injury, Flick has opted to call back Gotze.

Manuel Neuer, Thomas Muller and Mario Gotze are the last man standing from the 2014 group. Many players will be making their debut world cup appearance at Qatar. Dortmund’s 17 year old striker Youssoufa Moukoko has made it to the squad. Bayern’s Musiala will be the player to look forward from the German side.

Karim Adeyemi is another young prospect to have got the sign of approval from Hansi Flick. The attack will comprise of Bayern’s wingers – Serge Gnabry and Leroy Sane. Werner missing out of injury puts the goal-scoring responsibilities on Thomas Muller, active top scorer at FIFA World Cup history. The squad consists of 7 players from Bayern Munich. City’s Gundogan, Chelsea’s Havertz and Rudiger from Madrid are some of the big name presence in the squad.

Flick speaking about the final squad list, omissions and inclusions

Veteran defender Mats Hummel has been left out and Mario Gotze has earned a call-up to the Germany squad. Marco Reus misses out another major tournament with injury. Flick said: “Mats is fully fit and in excellent form. But within the coaching team, we decided for a younger player [Bella-Kotchap]. The focus was more on the future.”

“He’s a brilliant footballer who has flashes of inspiration,” said Flick while speaking about Gotze. “Mario has been playing at an extremely high level in the past few weeks. He had problems at the beginning, but now he’s fully fit. He’s really happy and we’re looking forward to seeing him.”

Germany are in group E along with Spain, Japan and Costa Rica. The Die Mannschaft will begin their campaign with a fixture against Japan on 23rd November. With a group stage exit in the last edition, the 4-times champion will be looking to put an impressive show at Qatar Who is Erika Choperena? All about Antoine Griezmann’s Wife
Next Article 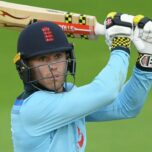