Former Australia captain Ian Chappell believes that the lack of bilateral series between India and Pakistan is intolerable. The two countries recently clashed in the Super 12 phase of the T20 World Cup 2022, and the game came down to the wire.

A staggering 90,000 people packed the mighty MCG stadium to see the game, and it needed a spectacular inning from Virat Kohli to send India home.

Since the thrilling match, the England and Wales Cricket Board has expressed a willingness to organise a Test series between India and Pakistan.

India and Pakistan last played a bilateral series in 2012-13, and there has been a continual call from experts throughout the world for the nations to resume regular play. Pakistan had won the ODI series 2-1 while the t20 series was tied 1-1.

In response, Chappell expressed his thoughts on India and Pakistan not playing a bilateral series. Cricket Pakistan cited Chappell as stating, “It’s ludicrous.” Chappell described a 1996 incident in Toronto in which he questioned the players from both sides about the source of their animosity.

“I did a tournament going way back to 1996 in Toronto, where India and Pakistan were both playing, and I remember talking to players from both sides. And I said why do you like to dislike each other? And they said, we don’t, we don’t dislike each other at all, we get on very well. And it was interesting to see how the teams mixed. But the one thing they said is the problem is the politicians. It’s the politicians who cause the animosity between the two. And I just think it’s damn ridiculous that you haven’t got Test matches between India and Pakistan.” said Chapple

There are currently question marks over India’s participation in next year’s Asia cup scheduled to be held in Pakistan. 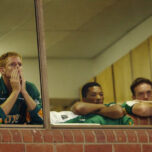 History of South Africa Choking in ICC Events
Next Article Pakistan vs New Zealand Semi-final is Going To Be Very Intriguing: Nikhil Chopra
Leave a review Leave a review