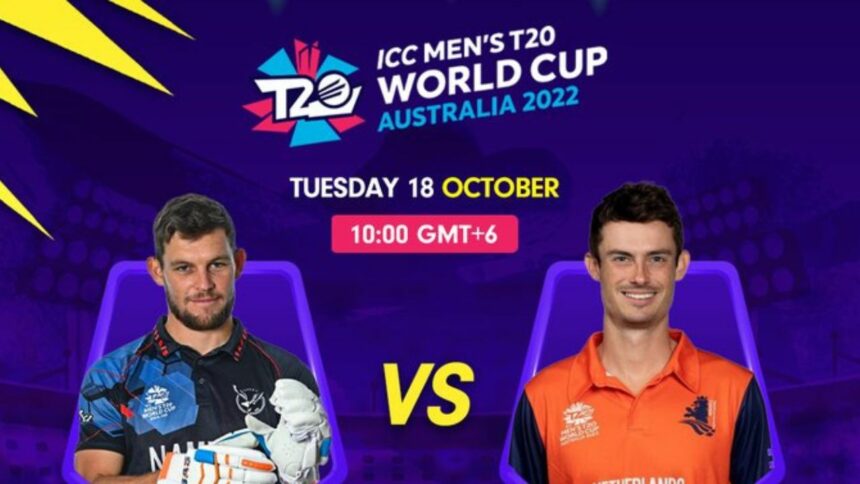 The African team are definitely a strong team to compete. The team has a mixture of both youth and experienced players. A win over the Dutch side guarantees them a spot in the 2nd round. Namibia has a strong batting lineup in the form of Michael Van Lingen, Stephen Baard, Nicole Loftie Eaton. Jan Frylinck, JJ Smits and David Weise are quality all rounders who can win the game with both Bat and Ball.

Namibia could go in with same playing XI and they are the favorite’s heading into the match against Netherlands.

The Dutch team sneaked past UAE in the last over thriller to register their 1st win in the 2022 T20 World Cup. Batting has been a issue for Netherlands. Netherlands have a tough road ahead as they have two very good teams to beat. If Netherlands can win over Namibia then they are through to the 2nd round.

Bas De Leede, Logan Van Beek, Tim Pringle are key bowlers for Netherlands. The trio needs to come good in order to stop the strong batting lineup of Namibia. Max O Dowd got of to a good start in the match against UAE. Tom Cooper, Colin Ackerman and Scott Edwards are the experienced players for Netherland.

The pitch at the Geelong Cricket Ground in Hobart has assistance to fast bowlers early in the innings. As the match progresses the ball starts to grip a lot more making it difficult for the batsman. Teams chasing have struggled to score on the surface. In the 4 matches played at the venue team batting 1st won 3 matches. Toss could be crucial in the outcome of the match. 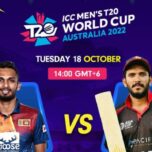