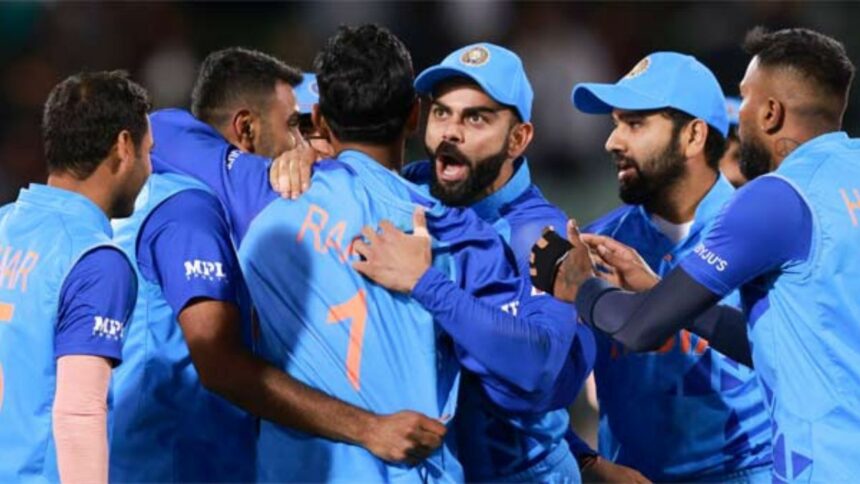 India won the match against Bangladesh by 5 runs (DLS METHOD)

Bangladesh won the toss and opt to field. Indian openers Rohit Sharma and KL Rahul started quite freakishly as India lost their skipper in the 4th over. Though Rahul was scratchy to begin with, he slowly lifted his game as he came back to form with a brilliant fifty. While Virat Kohli was getting settled at the other end, Rahul (50 off 32) steadied the run rate with a few good strokes and stitched 67 runs for the second wicket.

Suryakumar Yadav, who played an array of shots to score a quick cameo of 16-ball 30. Once he departed, India lost wickets at the other end, but Virat Kohli stood tall at the other end and smoked Bangladesh bowlers all around the ground to score yet another T20 World Cup fifty. He was unbeaten on 44-ball 64 and, alongside Ravichandran Ashwin (13* off 6), propelled the team’s total to 184/6 in their allotted 20 overs.

For Bangladesh, Taskin Ahmed, though, went wicketless and was the best bowler in terms of economy. While Hasan Mahmud picked three wickets, Shakib Al Hasan scalped a couple of wickets.

Chasing this target, Litton Das came out all guns blazing to decimate the Indian bowling in the powerplay as Bangladesh scored 60/0 in the first six overs. At the end of 7 overs, the Bangla Tigers were 66/0 and were in firm control of the chase. But in came the rain, and it was the moment when it scared India as they were behind by 17 runs on DLS.

The match was then reduced to 16 overs, and the target was 151 as the play resumed after the rain break. A moment of brilliance by KL Rahul on the field to hit the bull’s eye straight after the resumption sent the red-hot Litton Das (60 off 27), and the collapse was initiated. Bangladesh lost their momentum and lost wickets in clusters and lost their way in the chase and eventually lost the match by 5 runs.

Rohit Sharma (India captain): Bit of both. I was calm and nervous at the same time. It was important for us as a group to stay calm and execute our plans. With 10 wickets in hand it could’ve gone either way but after the break we did well. When he came into the scene [on Arshdeep], we asked him to do that for us. With Bumrah not there, someone has to do it for us, and take the responsibility, for such a young guy to come and do it is not easy. But we prepared him for it.

The last 9 months he has been doing it. There was a choice betweeen Shami and him but we backed someone who did the job for us previously. In my opinion he was always there, it was a matter of few innings here and there, he got it in the Asia Cup. We never had any doubts and the way he has been batting in this World Cup has been tremendous and he is really doing it for us [on Kohli].

Also liked the way how KL played today. We know what sort of a player he is, if he bats the way he can, he puts the team in a different position. Our fielding was brilliant, some of the catches we took was great to watch. It’s a high-pressure game, to take those catches shows the ability of our guys and honestly I never had any doubts about our fielding.

Shakib Al Hasan (Bangladesh captain): It’s been the story when we play against India, we are almost there but we don’t finish the line. Both teams enjoyed it, it was a great game and that’s what we wanted. At the end someone has to win and someone has to lose.

He’s [Litton Das] our best batter going around. The way he batted in the powerplay gave us a lot of momentum and gave us the belief that we could chase this with the short boundaries here. If you look at India’s top four, they are very dangerous.

Our plan was to get those 4 and that’s why we bowled Taskin through. Unfortunately he did not pick wickets but he was very economical. Not much, we have been very relaxed and not talking too much about cricket in this World Cup. We have one more match to go and we want to concentrate on that.

Virat Kohli (Player of the Match): Pretty close game. Not as close as we would have liked it to be. A good day with the bat. When I went in there was a bit of pressure. I didn’t want little mistakes to curb my instincts. I am in a happy place.

I don’t want to compare it with the past. As soon as I knew the WC is in Australia, I was grinning from ear to ear. Good cricketing shots will be the key here is what I know. Hitting through the line is what I do in every format. It is just an extension for me. I love playing at this ground. This makes me feel at home. When I come to Adelaide, I am meant to enjoy myself and keep batting. 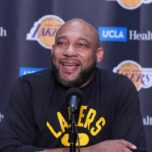