Games are coming thick and fast in ICC T20 World Cup. After a thrilling day one of the Super 12’s, now, we head into the mother of all battles ‘India vs Pakistan’. The 16th match of the mega event will take place at the Melbourne Cricket Ground in Melbourne.

Team India have been one of the best T20 teams in the world. When nobody gave them a chance, a young Indian side led by MS Dhoni was crowned champions in the very first edition of the T20 WC in 2007. But from then onwards. The Men in Blue failed to stand up to the expectations of billions of fans.

Their poorest editions was the most recent one in 2021, where the Virat Kohli-led side were knocked out in the Super 12 stage. In 2014, they choked in the finals, while in 2016, they lost in the semi-finals.

In total, the Indian side have played 38 matches in the WC, winning 23 and losing 13, alongside a tied game and having a no-result match as well.

Once Jasprit Bumrah was ruled out, India got a big blow. But Arshdeep Singh, Harshal Patel, and Bhuvneshwar Kumar have executed the plans at the death overs. The recent edition of Mohammad Shami might booster the attack, but a lack of game time might hinder his chances of getting featured in the XI.

Batting has always been India’s strength. Virat Kohli, Hardik Pandya, and Suryakumar Yadav are dependables, while the openers might have face a challenge against the inswinger of Shaheen Afridi.

Axar Patel has been in great touch recently, while Yuzvendra Chahal needs to come back in form with the large boundaries of Australia might help him with his tossed-up deliveries.

Deepak Hooda, Ravichandran Ashwin, Rishabh Pant, and Harshal Patel are likely to sit out. India would love take revenge for the loss in the previous World Cup.

Pakistan are a formadible side in the T20 forrmat, the men in green lost the 2007 finale against their arch-rivals India and went on to win the final in 2009, defeating Sri Lanka in the finals. Pakistan has featured thrice in the semi-finals but failed to make it count. Overall, Pakistan have played 40 WC games, winning 24, losing 15 and one game ending as a tie.

The Babar Azam-led side have always produced great quick bowlers and have a few in the squad as well. Though they had a great run in the Asia Cup, an inspired Sri Lanka shattered Pakistan’s dream in the grand finale. Later, they also lost a seven-match T20I series to England by a fine margin at home. But they beat New Zealand in their backyard as they lifted the Tri-Nation series, with Bangladesh as the third team.

Mohammad Rizwan and Babar Azam are the two pillars, of the pakistan batting order. Their middle order is the biggest weak link, but a good bowling core may hide it.

The pace bowling has been terrific with the comeback of Shaheen Shah Afridi, they have Haris Rauf, Naseem Shah, Mohammad Wasin Jr and Muhammad Hasnain.

Fakhar Zaman has been drafted into the squad after an injury to Usman Qadir. A recent injury to Shan Masood might open the door for the the attacking left hand batter. For now, it looks like Shan Masood, Mohammad Wasim Jr, Muhammad Hasnain, and Haider Ali might sit our for this game.

The Melbourne pitch has a reputation for being favourable for both the bat and the ball. The bowlers will receive a strong bounce in the opening phase, but the spinners won’t get many bites.   India has played here on four occasions, winning twice and losing once. Pakistan has only played once in Melbourne, and that game ended in a loss for them. Captain winning the toss would look to bowl first.

It’s a tight one to call, but India will surely hold the edge over the men in green. The battle between Shaheen and the Indian top order will be facinating to watch. India have a 70% chance of winning the highly anticipated game. 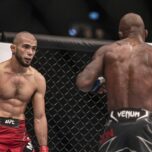