India and Pakistan will resume their on-field battle at Melbourne Cricket Ground on October 23, here are the key battles to watch out for.

Mohammad Rizwan played a match-winning knock of 79* in his team’s 10-wicket victory against India in the 2021 T20 World Cup. Rizwan has been in the form of his life in the past 10 months, he currently tops the T20 batting ranking and has the capability to win a game single-handedly.

The last time these two sides met in a World Cup match, Shami was India’s most expensive bowler, giving away 43 runs in 3.5 overs, Rizwan in particularly very severe on him.

Mohammed Shami has recovered fully from Covid-19. On his return, Shami bowled a fantastic final over against Australia in their first Warm-Up match, picking 3 wickets in the last 4 deliveries and seeing India through to victory. Shami’s opening spell will be very crucial against the opening pair of Mohammad Rizwan and Babar Azam.

Afridi has been declared fit for the team’s opening game against India after recovering from a knee injury. Shaheen bamboozled India’s top order with his swing last year, he dismissed Rohit Sharma, KL Rahul and Virat Kohli early on which pegged the Indian team back.

Rohit has been one best openers in the history of Indian cricket but has struggled against the left-arm pacers’ inswing delivery in particular. Sharma has faced Shaheen only once in his career and was dismissed for a golden duck. This time Rohit will look to turn things around and give India a solid start, while Shaheen on the other hand will look to make it two in two

Suryakumar can build pressure on any bowler with his attacking strokeplay and is capable of taking the game away from the opponents in the middle over. Against Suryakumar, Pakistan’s trump card could be Shadab Khan, who has a fantastic record against attacking right-hand batters on big grounds.

Shadab has bowled 14 deliveries to Suryakumar till now and has conceded 18 runs. The leg spinner hasn’t dismissed him yet but could prove to be crucial against India in their first match.

Surya looks to attack the spinners from the word go and that’s where Shadab could fancy his chance of getting him out. MCG’s big boundaries could favour Shadab. This will be one of the most entertaining battles to watch out for in the high-octane clash on October 23.

Read More: Sunil Gavaskar has made a bold statement ahead of the T20 World Cup 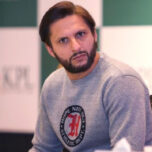