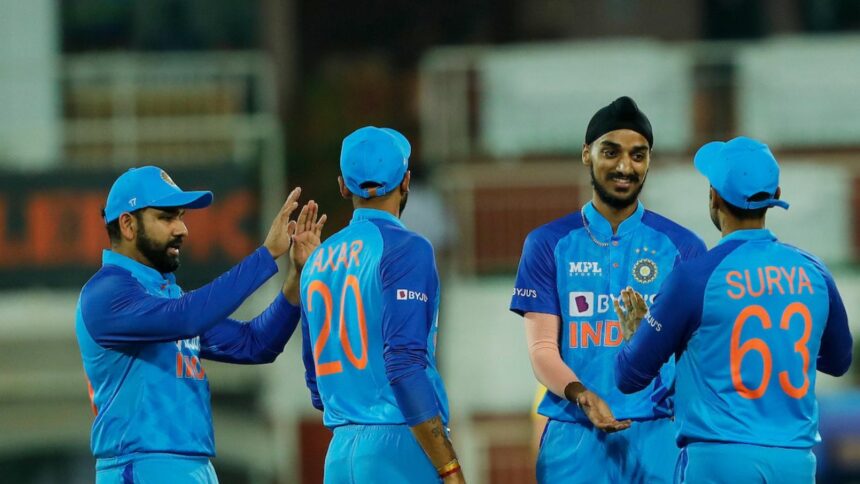 India after a series win against Australia on Sunday at Hyderabad displayed dominance against South Africa in the 1st T20I match at the Greenfield Stadium in Trivandrum. Welcome to India vs South Africa 1stT20 Highlights.

India earlier in the day won the toss and elected to field first. Deepak Chahar and Arshdeep Singh were given a go and Speedster Jasprit Bumrah was rested for the match.

The duo of Deepak Chahar and Arshdeep Singh ripped apart the South African top order and middle order with the brand new ball.

Chahar in his very first over dismissed Temba Bavuma with a peach of an inswing delivery. In the very next over Arshdeep Singh shattered the stumps of Quinton De Kock with a beautiful in swinging delivery.

Rilee Rossouw after his return to the South African squad in the series against England couldn’t make an impact on the first match against India. Rossouw edged one to Rishabh Pant in the 2nd over as Arshdeep Singh and India were off to a dream start in the powerplay.

Inform Batsman David Miller goes for a golden duck as Arshdeep picked up 3 wickets on the 2nd over. South Africa at the end of 2 overs 8/4.

Chahar in his 2nd over got rid of dangerous Tristian Stubbs. Stubbs tried to clear the long on boundary edges one to third man as Arshdeep Singh takes an easy catch and South Africa were in real trouble at 9/5 by the end of 3 overs.

Maharaj scored 41 runs in 35 balls and Parnell scored 24 runs in 37 balls. The partnership between the two helped South Africa reach a respectable total at the end of their innings.

South Africa end their innings at 106 runs for the loss of 8 wickets.

Indian Captain Rohit Sharma was dismissed early in the innings by Rabada for 0 runs. Virat Kohli struggled to find his timing and Kohli edged one to Quinton de Kock in the bowling of Nortje.

India at the end of 7 overs 22/2. South Africa dominated the powerplay. KL Rahul and Suryakumar Yadav with their shot making powered India to a comfortable 8 wicket victory.

KL Rahul scored 51 runs in 56 balls at a strike rate of 91.1 smashing 2 fours and 4 sixes. Suryakumar Yadav on the other end played his natural game despite the situation.

Suryakumar scored 50 runs in 33 balls and remained unbeaten. He smashed 5 fours and 3 sixes. India put on a clinical performance in the 1stT20I match and lead the series 1-0. Arshdeep Singh was awarded the Player of the match for his match winning 3 wicket haul.

Both teams head to Barsapara Cricket Stadium in Guwahati for the 2nd T20I game on October 2nd.

Welcome to India vs South Africa 1stT20 Highlights. India win the match by 8 wickets against South Africa at Greenfield Stadium.

KL Rahu in the post match interview said: “Tough out there. Unbelievable for Surya to just come and play his shots. He said he’ll be aggressive and that helped my game too. I was prepared to do the dirty work for the team. 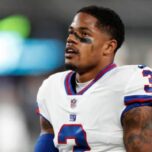 Sterling Shepard Posts a Heartfelt Message for his fans
Next Article 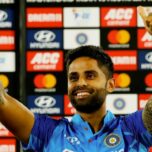 Suryakumar Yadav has now scored most runs in a calendar year in T20I for India.
Leave a review Leave a review