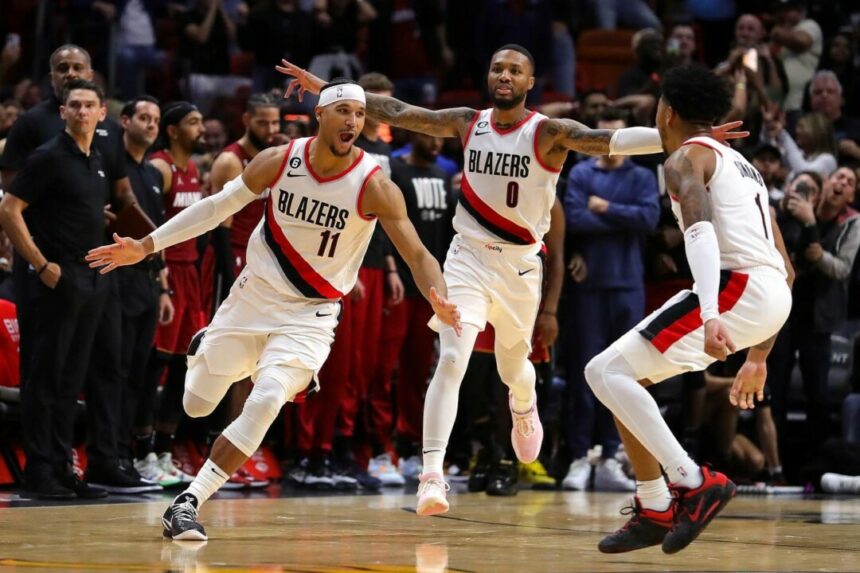 Max Strus tied the game with a three point jumper (107-107). Portland take the time out with 6.2 left on the game clock. Damian Lillard on his comeback broke down the full court defense of Miami in less than 7 seconds and a corner pass to Josh Hart for game winning 3- point jumper.

Anfernee Simons on his return scored 25 points and is the teams top scorer. Jerami Grant scored 23 points. Grant has now scored 20+ points 5 times this season. He is proving to a great addition to Portland this season.

Damian Lillard on his comeback scored 19 points, 3 rebounds and 6 assists. Lillard has been suffering from a calf strain and missed Portland’s last 4 games.

Tyler Herro missed the game due to ankle injury. Bam Adebayo, Jimmy Butler and Max Strus scored 16 points each and were the teams top scorers. Jimmy Butler made 6 steals.

This is Miami’s 7th loss of the season. They managed to win 4 games in the 11 games they played this season. Pakistan vs New Zealand history in World cups, Head to Head and Top 3 Players to watch out for from Pakistan
Next Article